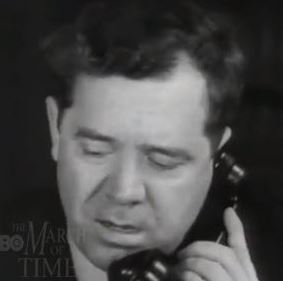 60 Minutes
Provides access to streaming video of 60 Minutes, the CBS television news program. Online collection of 500 hours of video from 18 years of broadcasts. Each news segment within the collection serves as a standalone short documentary on a specific news topic. Also includes 175 hours of bonus segments from the CBS News program Sunday Morning.
About 60 Minutes

Fortunoff Video Archive for Holocaust Testimonies
The Fortunoff Archive and its affiliates recorded the testimonies of willing individuals with first-hand experience of the Nazi persecutions, including those who were in hiding, survivors, bystanders, resistants, and liberators. PLEASE NOTE: To access users need to create an account and submit a request. To create an account select Log In, and then Join Now. Users will then receive a confirmation email. Login and then enter a search term. Click on a testimony in the search results and request access. Please note that records truncate last names of those who gave testimony to protect their privacy. If you are looking for a specific person’s testimony, either shorten their last name to the first initial (“Eva B.”) or contact the archive directly. You only need to request access to one testimony to obtain viewing access for the entire collection. Once the approval email is received, users may view testimonies. A browser refresh may be necessary.
About Fortunoff Video Archive for Holocaust Testimonies

Television News Archive
Indexes evening broadcasts from ABC, ABC Nightline, CBS, CNN, NBC and PBS. Online video is available for CNN news broadcasts from 1999 to the present. The world's most available, extensive and complete archive of major network television news. The database currently includes 725,000 records, including abstracts at the story level of regular evening news and special news program. These broadcasts cover presidential press conferences and political campaigns, national and international events such as the Watergate hearings, the plight of American hostages in Iran, the Persian Gulf war, and the terrorist attack on the United States on September 11, 2001. All broadcasts are copyright protected for class and research use. The database will list results of individual story-level records. From each of these records you can press the button to display the listing of the entire program. Online video is available for CNN news broadcasts from 1999 to the present, as indicated by the Video clip available. You can request complete programs or compilations of selected items to be copied onto videotape. The news archive charges a fee to recover the cost of providing this service. Coverage:1968-present- Updated daily
About Television News Archive