Was the Constitution First Published in German?

Is this some kind of trick question? Why should the American Constitution have been published first in German?

A majority of the delegates to the Constitutional Convention in Philadelphia approved the U.S. Constitution on September 17, 1787. The document then went to state conventions for ratification.

Think about it.
Did the colonies have a significant German population, Pennsylvania in particular?
Well, Yes.
In fact Benjamin Franklin could write, "why should the Palatine Boors be suffered to swarm into our settlements, and by herding together establish their languages and manners to the exclusion of ours? Why should Pennsylvania, founded by the English, become a colony of Aliens, who will shortly be so numerous as to Germanize us instead of our Anglifying them, and will never adopt our language or customs, any more than they can acquire our complexion?"

It should be no surprise then:

The Pennsylvania Assembly, on September 24, 1787, directed that two thousand copies of the Constitution be printed in English, and one thousand copies in German, to be distributed throughout the state. Michael Billmeyer was the publisher of Die Germantauner Zeitung, a biweekly which supported the Federalist cause. The German language edition of the Constitution was a concession to the German population of the state, an estimated one-third of the state's population at that time.

On September 17 the members met for the last time, and the venerable Franklin had written a speech that was delivered by his colleague James Wilson. Appealing for unity behind the Constitution, Franklin declared, "I think it will astonish our enemies, who are waiting with confidence to hear that our councils are confounded like those of the builders of Babel; and that our States are on the point of separation, only to meet hereafter for the purpose of cutting one another's throats." With Mason, Gerry, and Randolph withstanding appeals to attach their signatures, the other delegates in the hall formally signed the Constitution, and the convention adjourned at 4 o'clock in the afternoon.

Weary from weeks of intense pressure but generally satisfied with their work, the delegates shared a farewell dinner at City Tavern. Two blocks away on Market Street, printers John Dunlap and David Claypoole worked into the night on the final imprint of the six-page Constitution, copies of which would leave Philadelphia on the morning stage. The debate over the nation's form of government was now set for the larger arena.

---A More Perfect Union: The Creation of the U.S. Constitution (http://www.archives.gov/exhibits/charters/constitution_history.html) 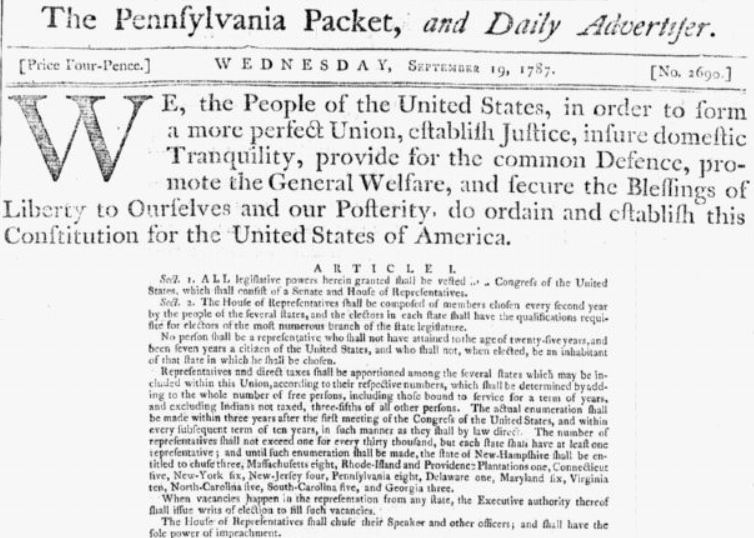 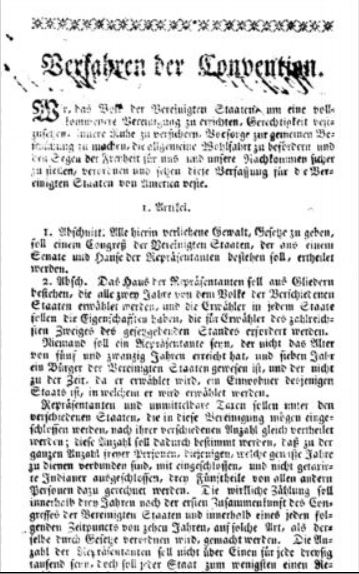 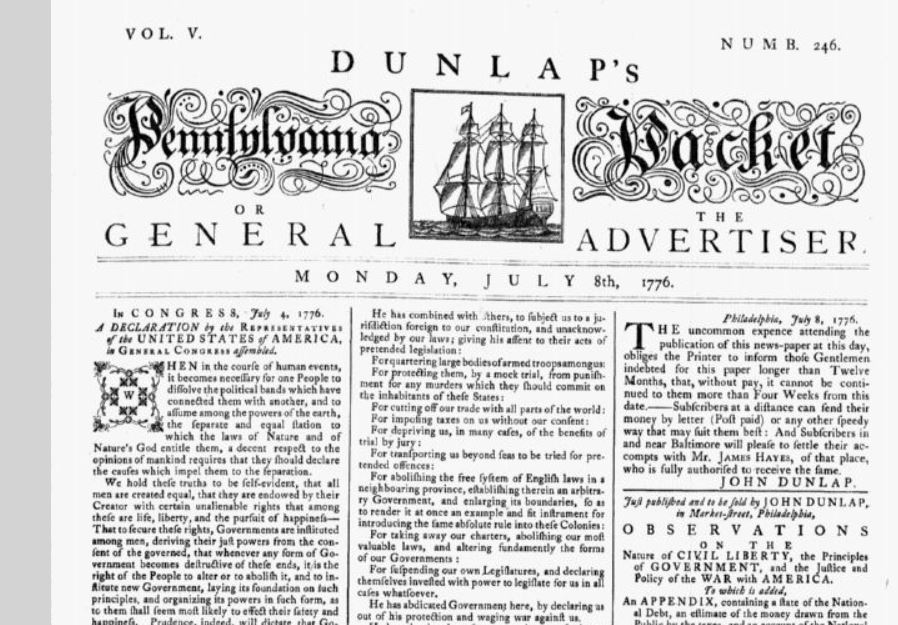 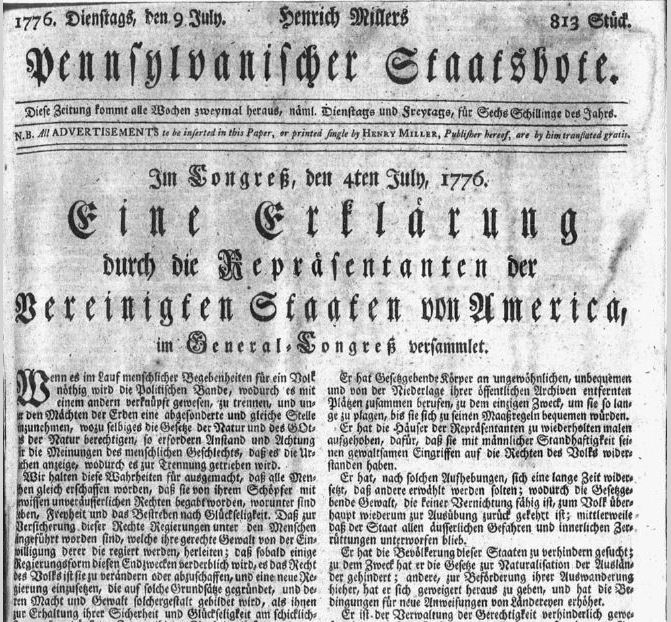 Source:
America's Historical Newspapers - about - More than 1,000 U.S. historical newspapers published during the past four centuries, including titles from all 50 present states, 1690-1922.