A patron found a reference to an election map in the Washington Post, July 26, 1908:

"The Two Great Political Parties of the United States Array Themselves For Quadrennial Battle.: Unsettled Conditions Mark Opening of the Presidential Handicap in Several States Bryan Enters Campaign With Apparently 169 Votes and Taft With 183 Votes in Hand" 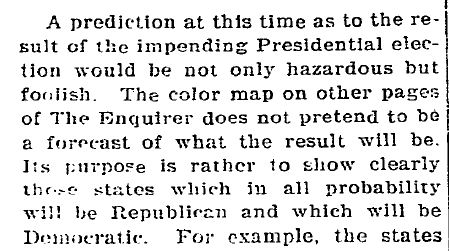 The patron wants to see the map mentioned in the article, but the piece doesn’t say in which Enquirer the map appeared. In 1908 several Enquirers were published in the United States. In which one did the map appear?

The leading candidates for President were William Jennings Bryan (again) of Lincoln, Nebraska, and William Howard Taft of Cincinnati, Ohio. 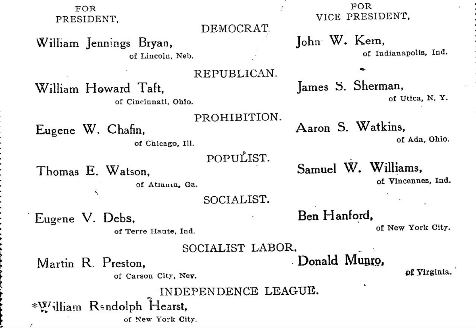 I don't know about you, but my money's on the Cincinnati Enquirer. 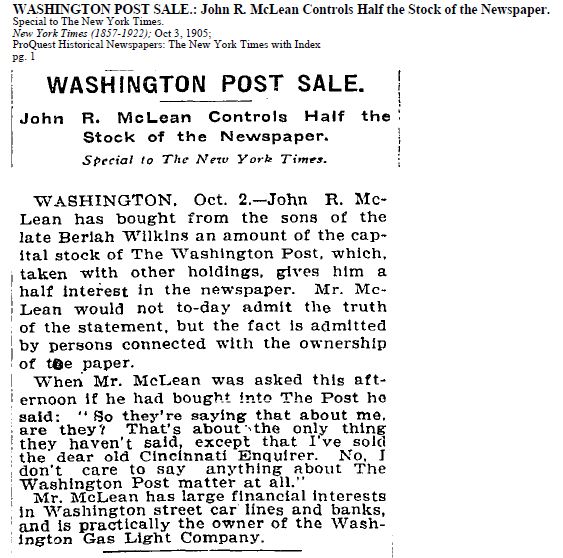 Okay, let’s search the New York Times. Maybe they printed the map, too. You try: Election and map and 1908 but that’s no good. You try: Washington Post and Enquirer and before 1908 and among the results, you find WASHINGTON POST SALE.; John R. McLean Controls Half the Stock of the Newspaper. Special to The New York Times.. New York Times (1857-1922). Oct 3, 1905. p. 1 (1 page) So the Washington Post and the Cincinnati Enquirer have the same owner. And it is 1908, with William Howard Taft of Cincinnati running for president. 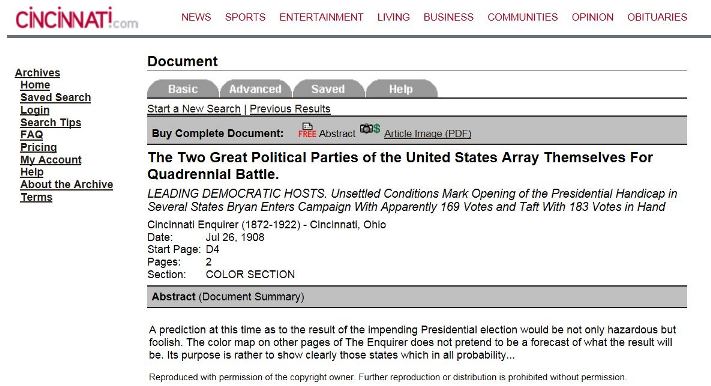