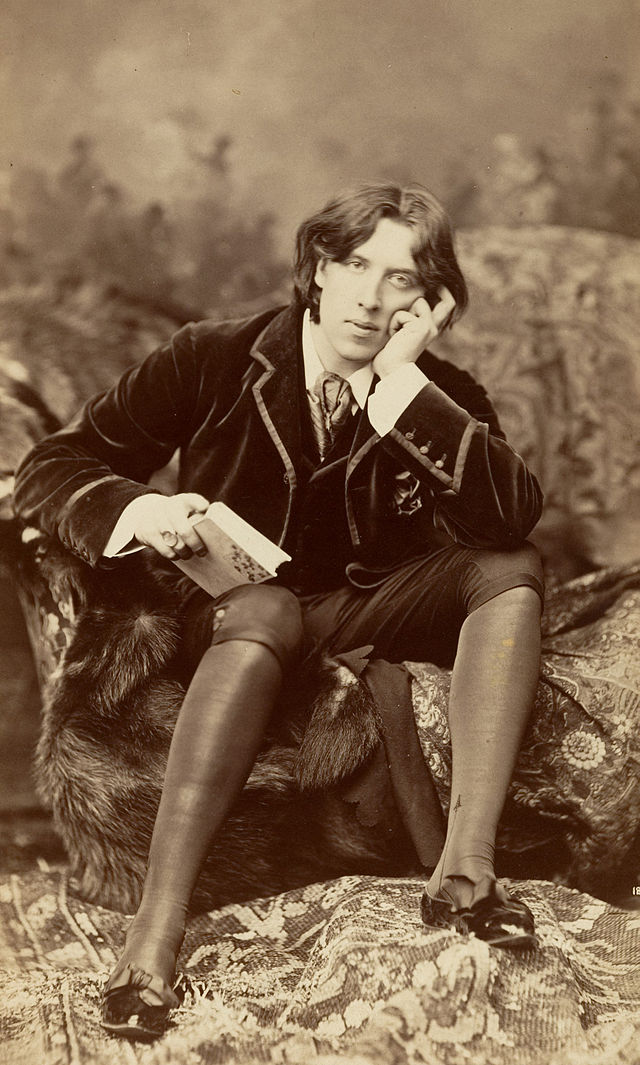 Congress first made photographs eligible for copyright in 1865.  The U.S. Supreme Court found in 1884 that the Congress could constitutionally give photographs copyright protection.  (That ruling came in a case regarding the photograph shown at right, Oscar Wilde shot by Napoleon Sarony.)  The current American copyright law, the Copyright Act of 1976, protects photographs in the category of "pictorial, graphic, and sculptural works."  The owner of a copyright in a photograph has the same protections as other copyright holders.  (See the Home page of this guide.)  This includes the right to prevent others from making copies, to distribute the work, and to make derivative works.  The Copyright Office has produced a guide briefly discussing the law on copyright of visual works of art.

A photograph must be a work of authorship to qualify for copyright.  That means that a human being must have taken the photograph.  The "monkey selfie" of a macaque who tripped the shutter of a camera it took from a photographer is an example.  The photographer who owned the camera claimed ownership of the photograph but users of the picture argued that because the photographer did not take the photograph he could not obtain a copyright in it.  While not ruling on the specific case, the U.S. Copyright Office in 2014 amended its policy manual to specifically state that works created by nature--such as monkey selfies--are not copyrightable.

An example of such an agreement is that the photograph is a work-for-hire.  (See the Works For Hire page on this guide.)  The Copyright Act spells out there are two kinds of works for hire.  If a photographer is an employee of another and part of his job is taking pictures, then the employer owns the copyright in the photographs taken as part of the job.  For example, a staff photographer at a magazine might have a clause in his employment contract stating that the photographs he shoots belong to the magazine.  An employee who does not shoot photographs as part of his job such as a accountant or a janitor would not be subject to the works for hire provision of the law

The second kind of works for hire are those commissioned for certain kinds of works which have multiple contributors.  These include photographs taken for periodicals such as magazines and newspapers.  They also include photographs commissioned to illustrate books written by others, encyclopedias, or instructional materials (e.g. textbooks).  When a photographer is working as an independent contractor to shoot photographs for such a use, his work may be a work for hire.  The photographer's contract must state the works created are works for hire under for purposes of the Copyright Act in order for the photographs to belong to the organization commissioning them.

Photographs taken by employees of the United States government as part of their work are not copyrightable.  Section 105 of the Copyright Act states that works created by federal employees in the scope of their employment cannot be copyrighted and are in the public domain.  This applies to all employees, not just those who usually take photographs.  So if an accountant employed by the Internal Revenue Service took photographs as an incidential part of his job then those photographs would be uncopyrightable.

Fair Use and Photographs

Photographs are subject to the fair use doctrine just as other copyrighted works are.  A good case looking at the fair use test is Calkins v. Playboy Enterprises Int'l, Inc. 561 F. Supp. 2d 1136 (E.D. Cal. 2008). Carla Calkins had a photography studio.  She took senior pictures of Colleen Shannon for her high school graduation in 1996.  (The photo at right is Shannon but is not the picture at issue in the suit.)  After delivering the initial order of prints to Shannon, she never had another order for the pictures.  Calkins did not register the copyright.  Shannon was Playboy magazine's Playmate of the Month in January 2004.  One of Calkins's photographs accompanied Shannon's biography in the January 2004 issue of the magazine.  After registering the copyright, Calkins sued Playboy for use of the photograph. 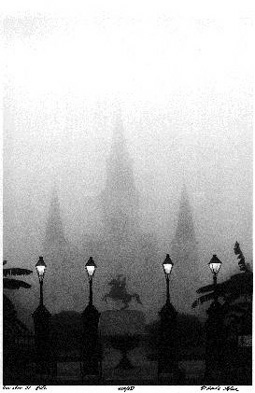 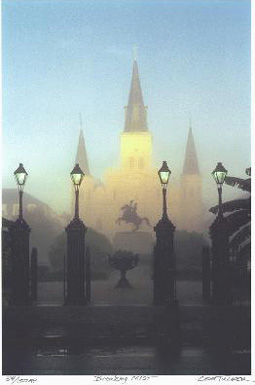 Louis Sahuc photographed the gates around Jackson Square in New Orleans with St. Louis Cathedral rising through the fog.  He sued Lee Tucker for infringement for a photograph taken at the same location.  (Sahuc's "Breaking Mist" is at left.  Tucker's "Decatur Street Gate" is at right.)  Sahuc lost, the court finding that he had no property interest in the idea or specific location.  Sahuc v. Tucker, 300 F. Supp. 2d 461 (E.D. La. 2004).  Sahuc did not create the gates, the square, the statue of Andrew Jackson, the cathedral, or the fog.  Those elements of the photograph were not original works of authorship.  Likewise, a photograph of Jackson Square in the fog is an idea and also not protectable under the law.

Bill Diodato took a photograph showing a woman in a bathroom stall.  (His photo is the one on the left with the green panties.)  The fashion house Kate Spade used a similar photograph in an advertising campaign.  (Kate Spade's photo is on the right with the red panties.)  Diodato sued and lost.  The court found that Diodato was trying to claim ownership of an idea and found Kate Spade had not infringed on Diodato's copyright.  Bill Diodato Photography, L.L.C. v. Kate Spade, L.L.C., 388 F.Supp.2d 382 (S.D.N.Y. 2005). 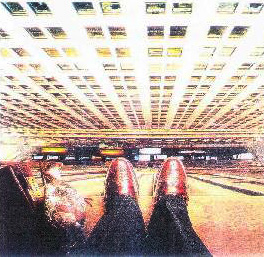 Peter Kaplan in 1989 took a photograph showing a man standing on a ledge above a New York City street.  The picture is looking down at the street and shows only the man's shoes.  (It is the picture with the black shoes.)  A similar photograph was created by the Stock Market Agency.  (It is the picture with the red shoes.)  Kaplan lost, the court finding that the Stock Market Agency used the same idea, which Kaplan could not control.

The Copyright Office's guide to copyright on visual art (Circular 40) includes information on how to register copyright in photographs.

A single registration can be made for a group of published photographs if all the following conditions are met:

One copy of each photograph should be submitted in one of the following formats. The formats are listed in the Library of Congress’s order of preference: