This guide will explain the differences between varying score types.

A facsimile is a photographic representation of the composer's manuscript, or an early copy, or a first published edition. Facsimiles can be fun to look at and study, especially since many manuscripts are kept in vaults and archives that can be expensive or difficult to visit. But, it can be very challenging to read these types of editions, which were often hastily written or copied by hand, or engraved so long ago that the score's condition is fragile.

Example: The Anna Magdalena manuscript copy of J.S. Bach's Prelude to Suite 1 for cello, BWV 1007, provided by IMSLP. There is no existing manuscript in Bach's hand, but four early copies exist, including this one by his wife, Anna Magdalena.
​ 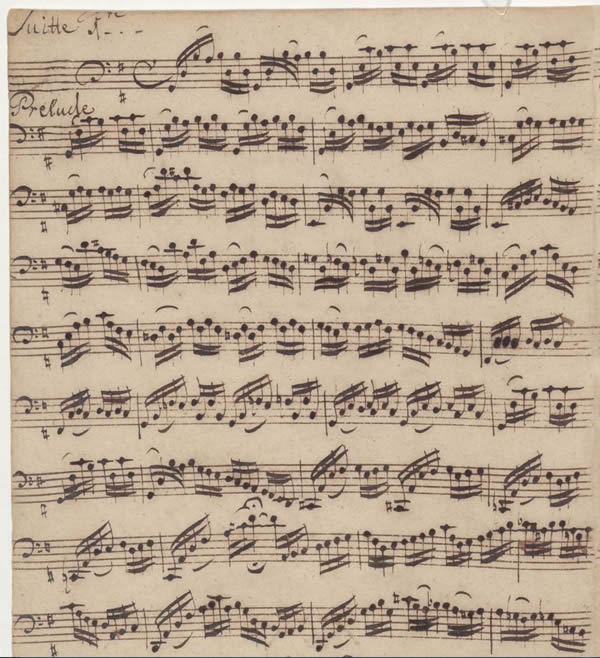 When musicians and scholars refer to "scholarly" or "critical" editions of scores, they are referring to scores that include an introduction, footnotes, or other text that explains which sources were used to create the edition. Often this text includes descriptions of the various decisions editors made in creating the edition. Editors who prepare scholarly or critical editions are usually experts in their field.

Collected editions are a type of scholarly/critical edition. Collected editions are published sets (scores) of a composer's whole output. In all music libraries, they are located in the M3 section. Sometimes a score volume in a collected edition will be accompanied by critical commentary (in German, called kritische Berichte): a whole volume devoted to explaining the editorial process, decision-making, and other challenges faced by the editors in preparing the edition. The inclusion of critical commentary in a scholarly edition is where the term "critical edition" comes from.

Example: The Giuseppi Verdi collected edition, edited by Philip Gossett for the University of Chicago press. Pictured here are the score for La Traviata (vol. 19, published in 1996), and its accompanying volume of critical commentary.

Notice in the score that there are markings. At the bottom of the score page, the reader is directed to the commentary for explanation. 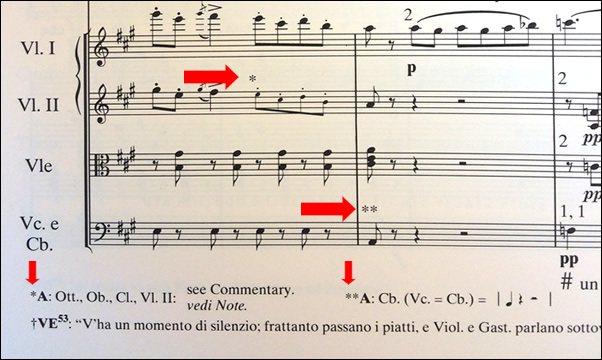 The critical commentary begins on page 3 by indicating the sources used. 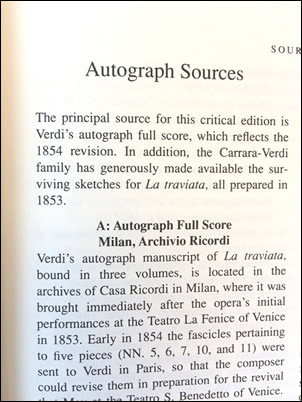 Example: J.S. Bach, Prelude to Suite 1 for cello, BWV 1007, edited by Egon Voss for Henle, 2000. There is no surviving manuscript in Bach's hand, so the editor consulted all four early copies, relying mostly on the Magdalena copy for this edition. Notice that some slurs contain parentheses, which indicate that slurs were not present in the Magdalena, but after corroborating with other sources, the slurs are still recommended. 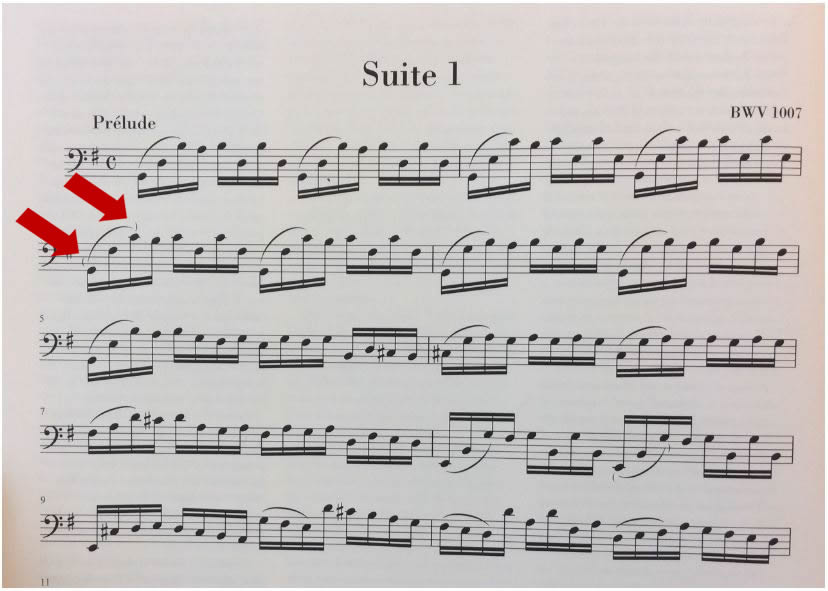 The fingerings, phrasings, and other markings that appear in a performance edition do not usually contain a critical commentary explaining the reasons for editor's additions and decisions. When choosing an edition, care must be taken to evaluate all available editions, to investigate the credentials of the editor, and possibly seek advice from others about which editions are best, given the performer's unique goals.

Example: Among the many editions available to cellists of J.S. Bach's six suites for cello BWV 1007-12 is a performance edition featuring interpretations and suggestions by famed cellist Pablo Casals, published by Carus-Verlag in 2004. 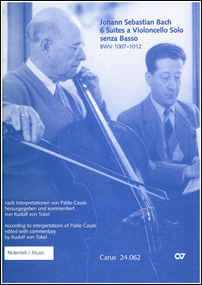 In the beginning of Suite 1, cellists see dynamics, slurs, and articulation markings provided by Casals. 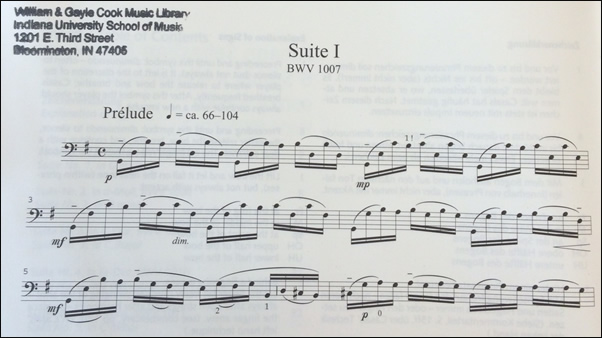 Casals' symbols, articulations, and other markings are described in the beginning of the edition by Rudolf von Tobel, translated into English by Joseph B. Dallett and Helga von Tobel. These explanations help the performer to interpret and perform the suites as Casals chose. 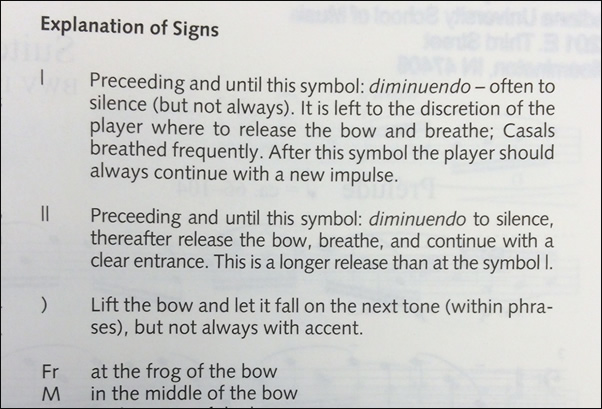