According to the IU Student Foundation Little 500 website, "Little 500 began in 1951 as a way to raise scholarship money for IU undergraduate students working their way through college. Since that first race, the IU Student Foundation has given more than $2 million to deserving undergrads.  Billed as “The World’s Greatest College Weekend,” the Little 500 is the largest collegiate bike race in the United States. Modeled after the Indianapolis 500, riders compete in four-person teams around a quarter-mile cinder track at Bill Armstrong Stadium. The men’s race is 200 laps (50 miles) and the women’s race is 100 laps (25 miles). The 34th running of the Women's Little 500 is Friday, April 22 at 4:00 p.m. and the 71st running of the Men's Little 500 is Saturday, April 23 at 2:00 p.m."

Listed below are a few resources you will find available in Media Services, located on the ground floor of the Herman B Wells Library.  We invite you, family, and friends to check out our Indiana inspired movies, put together a complex puzzle, or challenge each other in a game of checkers or IU-opoly (IU Monopoly).  Our games are rated E for Everyone! 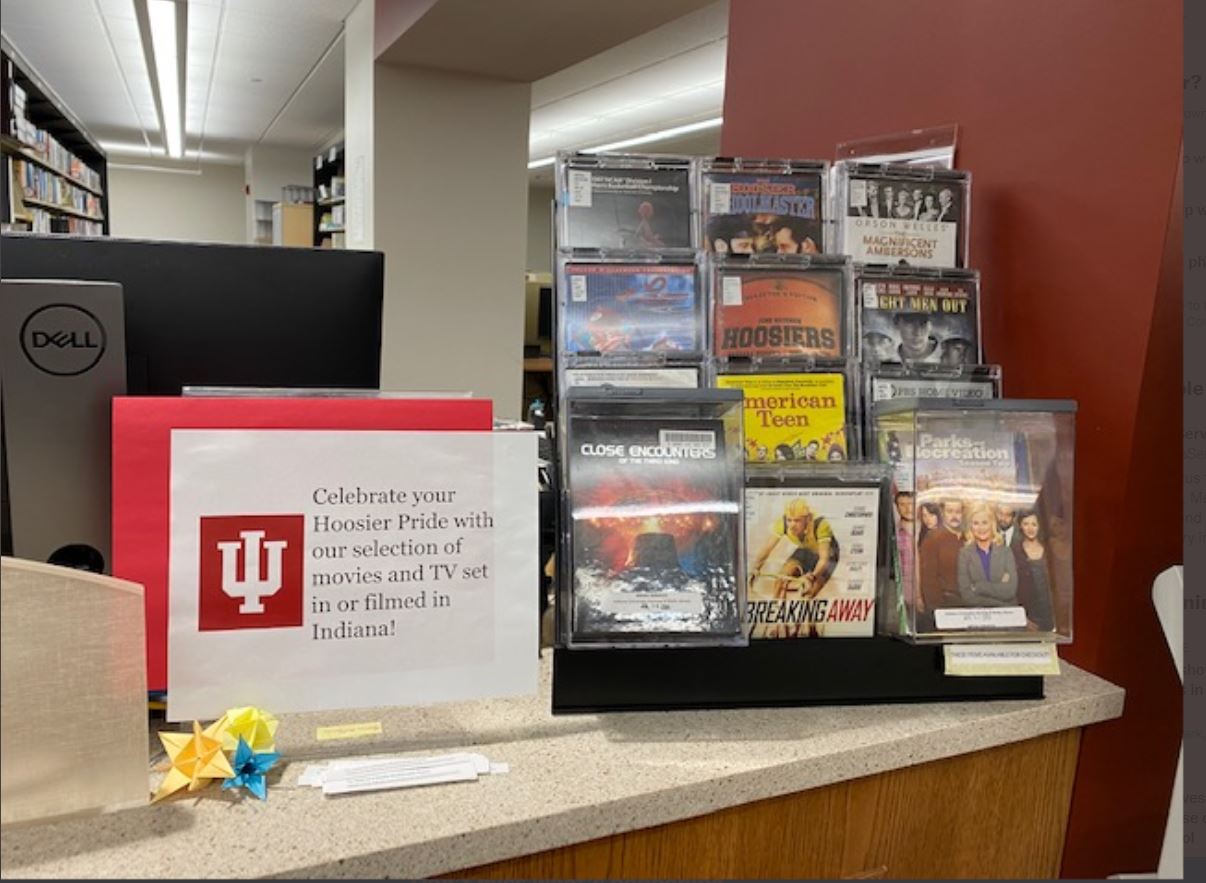 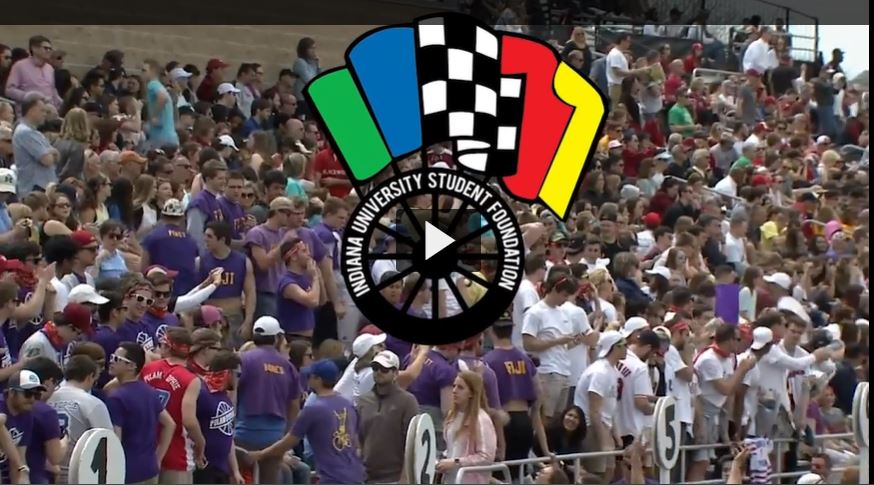 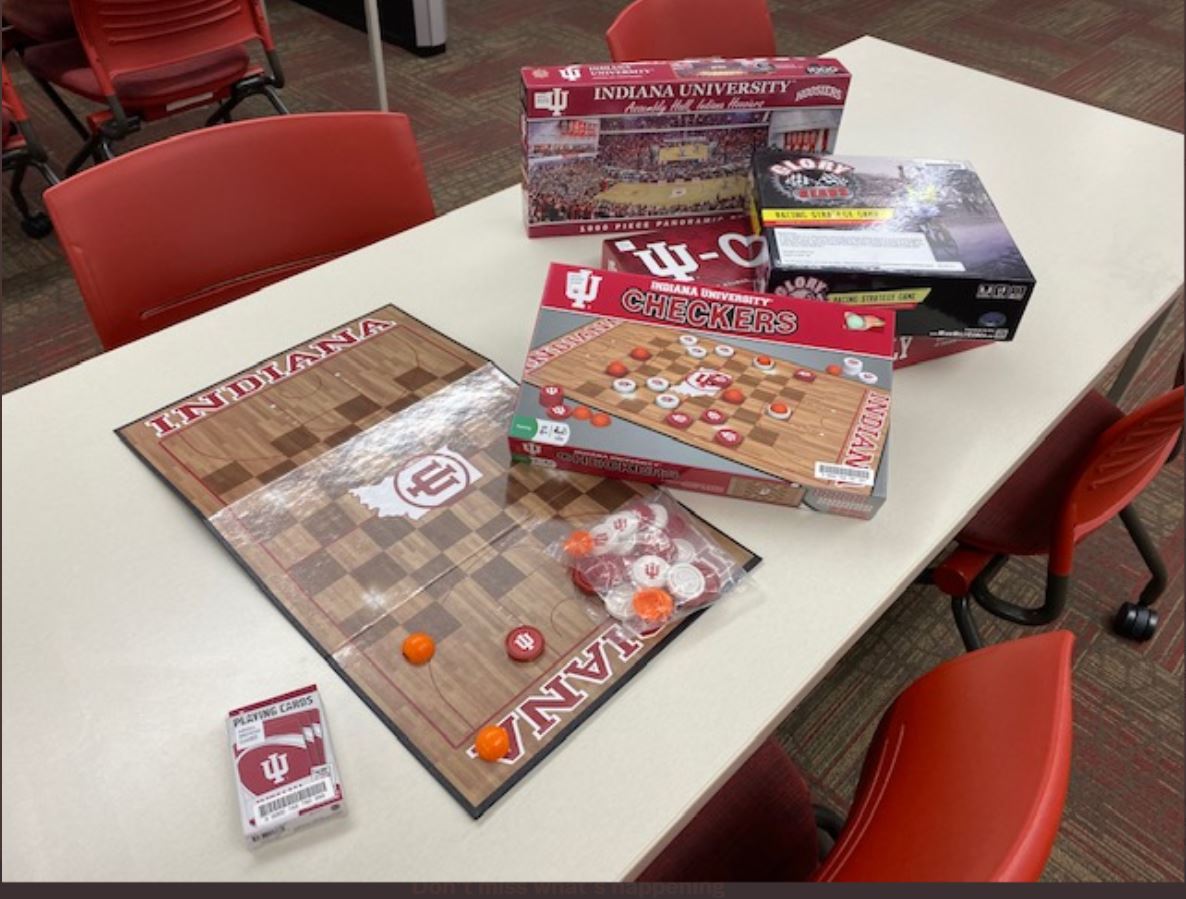 American Teen (101min., 2008) Insightful, polished profile of adolescence as seen through a group of seniors at an Indiana high school as they cope with peer pressure, romantic entanglements, college applications, social stereotypes and sports. Directed by Nanette Burstein. Winner of the Directing Award at the Sundance Film Festival.

Breaking Away  (100min., 1979) Indiana University's own Little 500 is captured in this feature-length film. Rivalry develops between four high-school graduates and the arrogant college students in a small Midwestern town. It's played out in a rousing bicycle race, the University's "Little 500." An exciting Winner!

Columbus (105min., 2019) Casey (Haley Lu Richardson) lives with her mother in a little-known Midwestern town haunted by the promise of modernism. Jin (John Cho), a visitor from the other side of the world, attends to his dying father. Burdened by the future, they find respite in one another and the architecture that surrounds them. Nominated for Best Cinematography, Best First Feature and Best First Screenplay at the **Film Independent Spirit Awards.** Nominated for the Audience Award in the Best of Next! Category at the **Sundance Film Festival.** *"The quietly stirring, exquisitely photographed COLUMBUS is an art house gem that beautifully illuminates not only the architecture of a small Indiana town, but also the characters who inhabit it." - David Lewis, **San Francisco Chronicle*

The Fault in Our Stars (126min., 2014) Hazel and Gus are two teenagers who share an acerbic wit, a disdain for the conventional, and a love that sweeps them on a journey. Their relationship is all the more miraculous given that Hazel's other constant companion is an oxygen tank, Gus jokes about his prosthetic leg, and they met and fell in love at a cancer support group.

A League of Their Own (127min., 1997) In 1943, a washed-up ballplayer is hired to coach in the All-American Girls Professional Baseball League while the male pros are at war. Reluctant at first, he finds himself drawn back into the game by the heart and heroics of his team. Based on a true story.

Monrovia, Indiana: A Portrait of Life in Rural America (144min., 2018) Frederick Wiseman's new documentary explores a small town in rural America and illustrates how values like community service, duty, spiritual life, generosity and authenticity are formed, experienced and lived along with conflicting stereotypes. The film gives a complex and nuanced view of daily life in Monrovia and provides some understanding of a way of life whose influence and force have not always been recognized or understood in the big cities on the east and west coasts of America and in other countries. Official Selection at the **Toronto International Film Festival** and **Venice Film Festival**. "*A calmly analytical film in which-as ever in Wiseman's work-extended discussions and public debates are developed with an absorbing dramatic power.*" - Richard Brody, ***The New Yorker***

Public Enemies (140min., 2009) No one could stop Dillinger and his gang. No jail could hold him. His charm and audacious jailbreaks endeared him to almost everyone, from his girlfriend Billie Frechette to an American public who had no sympathy for the banks that had plunged the country into the Depression. But while the adventures of Dillinger's gang thrilled many, Hoover made Dillinger America's first Public Enemy Number One.

Rudy ( 114min., 2000)    Although people have told Rudy all his life he's not good enough, smart enough or big enough, nothing can stop his impossible dream of playing football for Notre Dame.

The films mentioned above may include fictional towns, as well as those filmed in Indiana.

Board Games and Puzzles