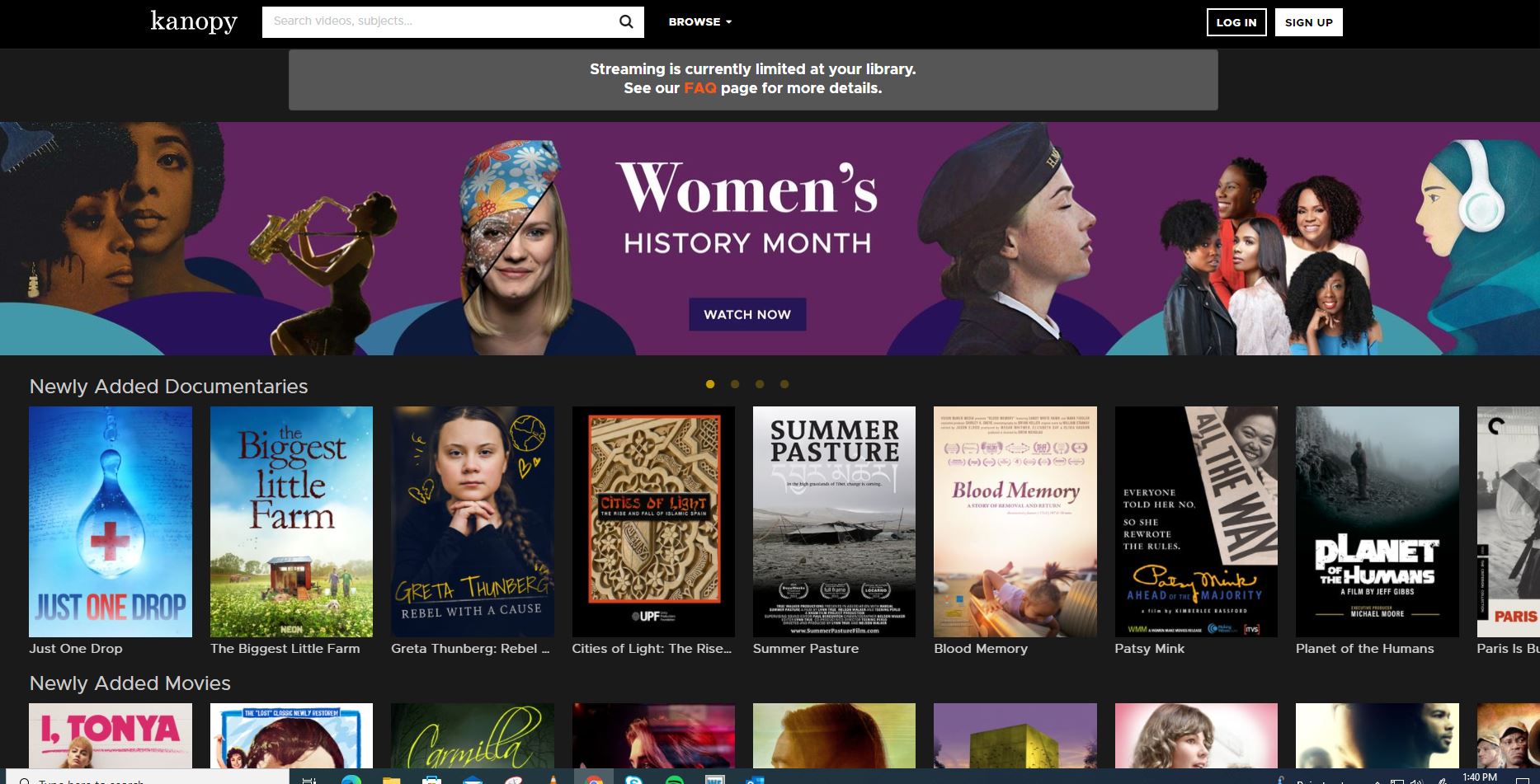 Kanopy provides access to over 30,000 award-winning documentaries, feature and training films on every topic imaginable including Media Studies, Foreign Language, LBGTQ Studies, Psychology, Politics, Environmental, Literature. The collection offers films from Criterion Collection, PBS, Media Education Foundation, Film Ideas, First Run Features, New Day Films, California Newsreel and many independent filmmakers. Some of the most popular titles include The Times of Harvey Milk, A Hard Day's Night, Kiss Me, Hawking, Hoop Dreams, Miss Representation, Eraserhead, The Girl with the Dragon Tattoo, and For the Bible Tells Me So.

Please read:  Indiana University Bloomington transitioned to a mediated model in July, 2018. This change came as a result of the increasing cost of the service, which had escalated significantly over the years and was no longer sustainable. Kanopy's pricing model for libraries is based on number of views per-title.  Once a title had been viewed three times,  the IU Libraries was charged an annual licensing fee per title. As incoming requests began to exponentially climb over the coming years, conservative estimate had IU costs grossly exceeding the allotted FY budget. With increasing costs of resources across the board, the Libraries could not continue to absorb the cost for the current level of Kanopy access.

We understand and respect how increasingly popular streaming media has become as an instructional resource, which is why our mediated service offering will prioritize the academic use of Kanopy. Access for individual viewing will unfortunately be interrupted. We regret having to make this change but we could not justify nor sustain the exorbitant costs.

Use this link to search for currently leased, and expired licenses.