Indiana University's own Ryan Powell captures the social and political vitality of the first wave of movies made by, for, and about male-desiring men in the United States between World War II and the 1980s. From the underground films of Kenneth Anger and the Gay Girls Riding Club to the gay liberation-era hardcore films and domestic dramas of Joe Gage and James Bidgood, Powell illuminates how central filmmaking and exhibition were to gay socializing and worldmaking.

Chapters cover the transsexual and transvestite communities in the years following World War II; trans radicalism and social change, which spanned from 1966 with the publication of The Transsexual Phenomenon, and lasted through the early 1970s; the mid-’70s to 1990-the era of identity politics and the changes witnessed in trans circles through these years; and the gender issues witnessed through the ’90s and ’00s.

Matthew Riemer and Leighton Brown ; [foreword by Eric Marcus], We are everywhere : protest, power, and pride in the history of Queer Liberation

Through the lenses of protest, power, and pride, We Are Everywhere is an essential and empowering introduction to the history of the fight for queer liberation. Combining exhaustively researched narrative with meticulously curated photographs, the book traces queer activism from its roots in late-nineteenth-century Europe–long before the pivotal Stonewall Riots of 1969–to the gender warriors leading the charge today.

Brings together nineteen essays from the next generation of scholars, activists, and community leaders doing work on black gender and sexuality. This collection's contributors speak new truths about the black queer experience; Topics include "raw" sex, pornography, the carceral state, gentrification, gender nonconformity, social media, the relationship between black feminist studies and black trans studies, the black queer experience throughout the black diaspora, and queer music, film, dance, and theater.

Since at least the 1980’s, LGBTQ+ communities in the United States have observed “Pride Month” in the month of June. In 2000, President Bill Clinton officially designated June as Pride Month and June 28 as Pride Day, both in commemoration of the 1969 Stonewall riots in New York City. Every year many events occur across the US and globally to celebrate the diversity, history, and ongoing political struggles of the lesbian, gay, bisexual, and transgender community. This guide brings together documentaries that illuminate the histories of LGBTQ+ protest, community, and culture, with particular attention to LGBTQ+ representation, filmmaking, and art. 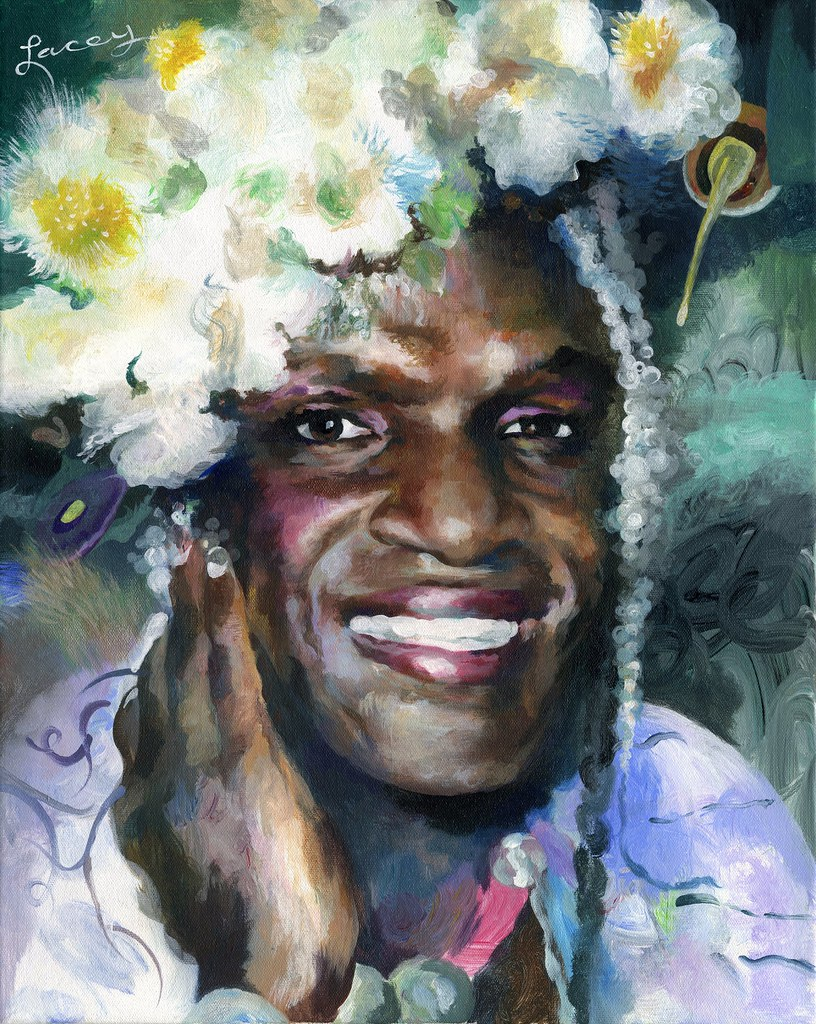 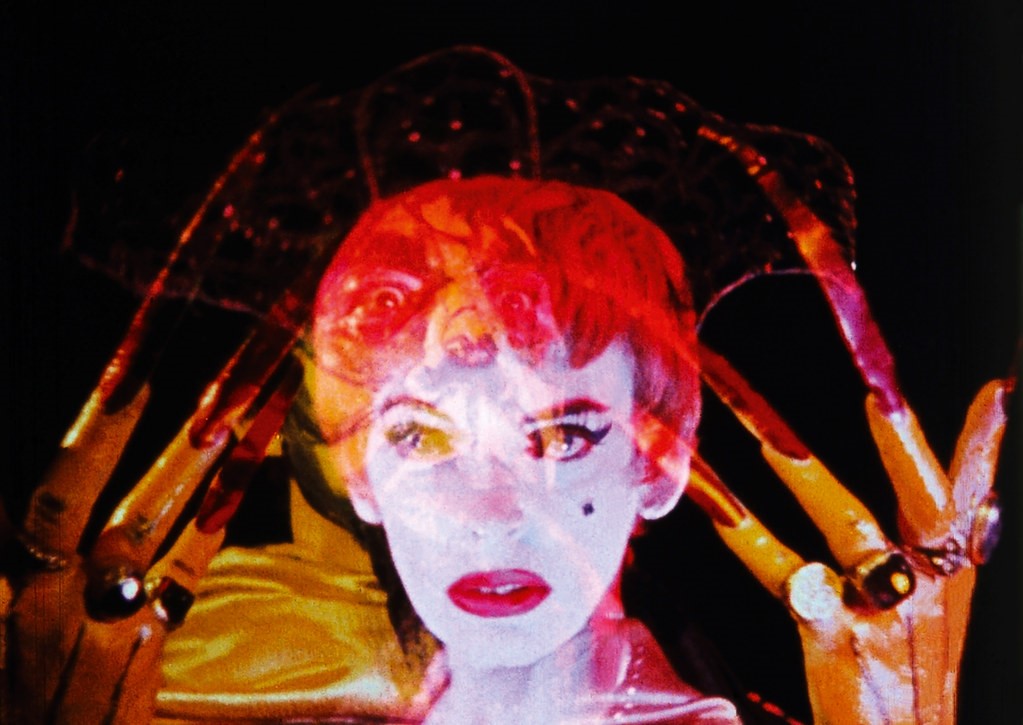 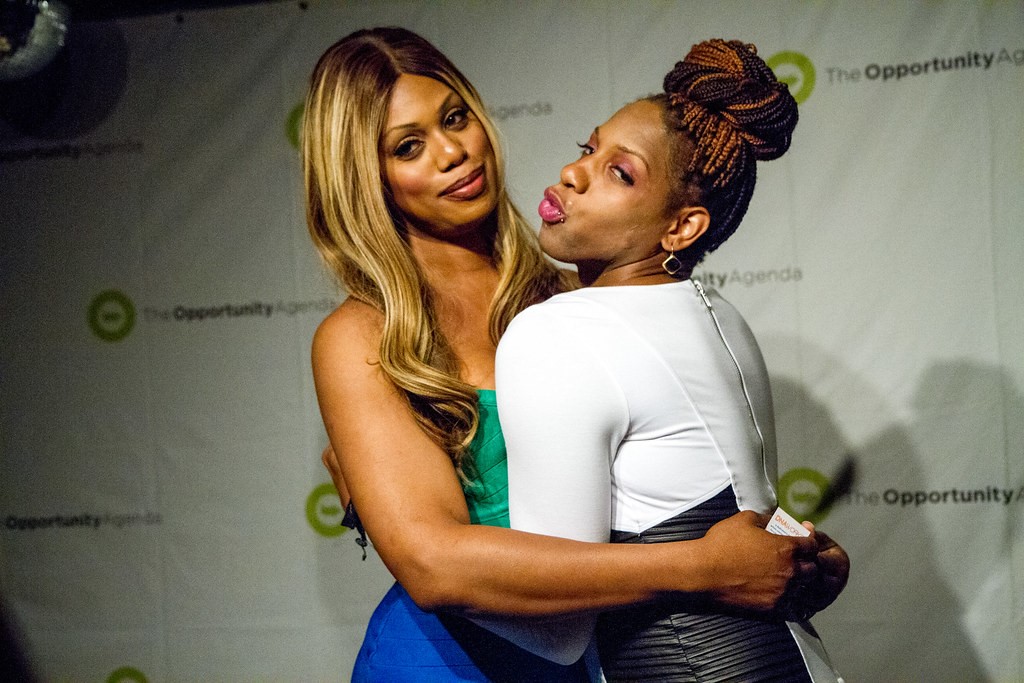 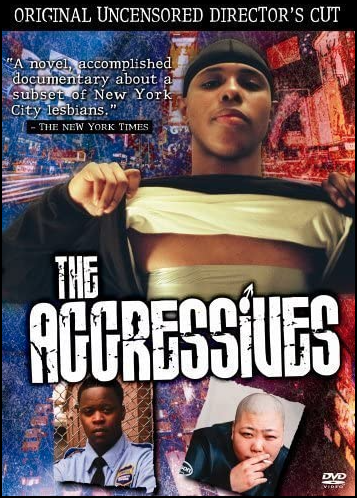 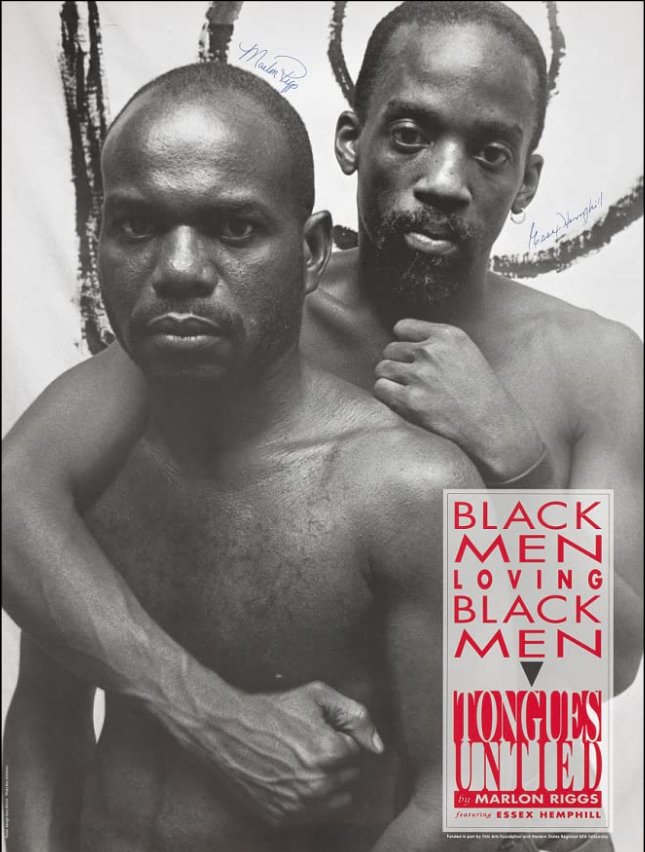 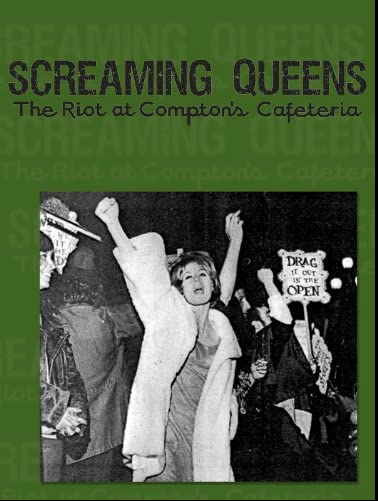 The Freedom to Marry (2016, 55 mins): The untold story of the most successful – and perhaps most inspiring – civil rights movement of our time. This is a riveting ride alongside Evan Wolfson, the man known as architect of the marriage equality movement, and his team as they wage a decades-long battle all the way to the United States Supreme Court, providing fresh perspective on the movement’s history along the way. This is both a primer for social change and a behind-the-scenes look at how regular people can actually make a difference.

How To Survive a Plague (2012, 109 mins): This award-winning documentary profiles activists, including members of ACT UP (AIDs Coalition To Unleash Power) and TAG (Treatment Action Group), who helped identify and distribute promising treatments for HIV and AIDS in the 1980’s in order to save those suffering from the disease.

Lavender Limelight: Lesbians in Film (1998, 56 mins): From Go Fish to Paris is Burning to The Watermelon Woman, this festival favorite goes behind the scenes to reveal seven successful lesbian directors. These talented movie-makers enlighten and entertain as they explore their sexual identity, growing up gay, inspirations and techniques, Hollywood vs. Indie, and of course, love and sex, onscreen and off. The conversations are intimate, the topics unlimited, and the clips from their work enthralling.

The New Black (2013, 75 mins): This award-winning documentary boldly examines the controversial and challenging issues facing African American communities on gay civil rights, campaigns for/against marriage equality and in particular the role of faith institutions. The film makes a compelling case that the fight for LGBT rights in Black communities is an extension of the Black Freedom Struggle.

Pay It No Mind: Marsha P. Johnson (2012, 55 mins): Marsha P. Johnson was a revolutionary trans activist, Stonewall instigator, Andy Warhol model, drag queen, prostitute, and Saint, as well as a downtown New York City fixture. From the 1960s through her too-soon demise in 1992, Johnson persevered through a life embodied by her middle initial P, which stood for "Pay It No Mind."

Swimming With Lesbians (2007, 69 mins): How do we create a history from a past that was hidden? This film looks at an upstate New York community's efforts to create an LBGT historic archive. Extraordinary lesbian activist Madeline Davis uncovers the lives and histories collected for this archive—some sad, some quirky, some tender—and all richly imagined through the Blue Sky lens. The film share's Davis's mission to create a lasting legacy for the LBGT community: "We are ephemeral. This is for the ages."

T’Aint Nobody’s Bizness: Queer Blues Divas of the 1920’s (2013, 28 mins): As part of recapturing our lost and hidden past, T'Ain't Nobody's Bizness presents the facts concerning the alternative sexualities of famous blues singers in a way that is unsensational yet entertaining. Many people will be surprised at how developed and robust alternative sexualities were 90 years ago. Although some of these women strove to hide and deny their same-sex activities in later years, especially if they turned to religion, their lesbian and bisexual proclivities contributed to the sexual and social freedom they championed for women both in their careers and in their personal lives.

Tongues Untied (1989, 55 mins): Marlon Riggs' essay film Tongues United gives voice to communities of black gay men, presenting their cultures and perspectives on the world as they confront racism, homophobia, and marginalization. It broke new artistic ground by mixing poetry (by Essex Hemphill and other artists), music, performance and Riggs' autobiographical revelations…"Black men loving Black men is the revolutionary act" is the rallying cry at the film's end and after more than 20 years, Tongues United remains a celebrated vehicle for eloquent self-expression and liberation.

Word is Out: Stories of Some of Our Lives (1978, 132 mins): In 1978, Word is Out startled audiences across the country when it appeared in movie theaters and on television. The first feature-length documentary about lesbian and gay identity made by gay filmmakers, the film had a huge impact when it was released and became an icon of the emerging gay rights movement of the 1970s. In honor of its place in LGBT history, Word is Out was selected for the Legacy Project for GLBT Film Preservation by Outfest and the UCLA Film & Television Archive.

During Covid, only IU faculty, staff and students can borrow materials from Media Services with a valid IU crimson card.  Social distancing and face masks are required. Be sure to check with Media Services for hours. VHS titles are housed off-site at ALF, and can be requested via IUCAT. Suggested keywords in IUCAT:  Homosexuality, Lesbian, Gay, Same-Sex Marriage. Limit to film & video, dvd/videodisc, Bloomington campus.

The Aggressives (2012, 74 mins): A favorite of the film festival circuit, The Aggressives is an insightful look at the little explored, yet highly dramatic subculture of lesbian women who identify as men. The Aggressives range in masculinity but do not aspire to be men. Nor are they "drag kings." They have found an unexplored loophole in society's gender tapestry and this film seeks to expose their world.

The  Boys in the Band (2015, 119min.) A witty, perceptive and devastating look at the personal agendas and suppressed revelations swirling among a group of gay men in Manhattan. Harold is celebrating a birthday, and his friend Michael has drafted some friends to help commemorate the event. As the evening progresses, the alcohol flows, the knives come out, and Michael's demand that the group participate in a devious telephone game unleashes dormant and unspoken emotions.

The Celluloid Closet (1996, 102 mins): Footage from over 120 films shows the changing face of homosexuality (both male and female) in the movies from cruel stereotypes to covert love to the activist triumphs of the 1990s. Many noted actors, writers and commentators provide funny and insightful anecdotes regarding the history of the role of gay men and lesbians in the movies.

Dyketactics, and Other Films from the 1970’s (2012, 68 mins): Barbara Hammer's short films of the 1970s are the first films made by an openly lesbian American filmmaker to explore lesbian identity, desire, and sexuality through avant-garde strategies. Interested in merging the physicality of the female body with that of the film medium, Hammer has observed that 'radical content deserves radical form'.

The Early Works of Cheryl Dunye (2008, 73 mins): Vilified by conservatives in Congress, defended by major newspapers, and celebrated by audiences and festivals around the world as one of the most provocative, humorous and important filmmakers of our time, Cheryl Dunye practically invented a new form of cinema - call it the 'Dunyementary.' Presented here are the films that started it all - the early works which gave birth to an extraordinary and original filmmaking talent.

Fabulous! The Story of Queer Cinema (2006, 82 mins): An overview of the history of gay and lesbian cinema, from Kenneth Anger's pioneering Fireworks (1947) to Ang Lee's Brokeback mountain (2005).

The Films of Kenneth Anger, Volumes 1 and 2 (2007, 88 mins, 91 mins): Cinematic magician, legendary provocateur, and creator of some of the most striking and beautiful works in the history of film, Kenneth Anger is a singular figure in post-war American culture. Covering the first half of Anger's career, from his landmark debut Fireworks in 1947 to his epic bacchanalia Inauguration of the Pleasure Dome, this set presents films by this revolutionary and groundbreaking maverick, painstakingly restored and presented on DVD for the first time.

Free CeCe! (2016, 87 mins): In 2012, CeCe McDonald was brutally attacked. While defending her life, a man was killed. After a coercive interrogation, CeCe was incarcerated in a men's prison in Minnesota. An international campaign to free CeCe garnered significant support from media and activists, including actress Laverne Cox. Documentarian Jac Gares pushes past the everyday narratives of victimhood surrounding the lives of transgender people, to spotlight the way CeCe and other trans people are leading a growing movement fighting for the rights of transgender people everywhere. CeCe's powerful story highlights the groundswell of voices questioning the prison industrial complex and calling for its disassembly.

Making the Boys (2011): Explores the drama, struggle, and enduring legacy of the first-ever gay play and subsequent Hollywood movie to successfully reach a mainstream audience, The Boys in the Band. The film sparked heated controversy that still exists four decades later. Featuring anecdotes from the surviving cast and filmmakers.

Portrait of Jason (1967, 106 mins): This portrait of Jason Holliday, a black gay sex worker who dreams of a career as a nightclub performer, is drawn from twelve consecutive hours of filming in a New York City apartment. As he reminisces about his life, Holliday discusses his homosexuality and the gay subcultures in San Francisco and New York. 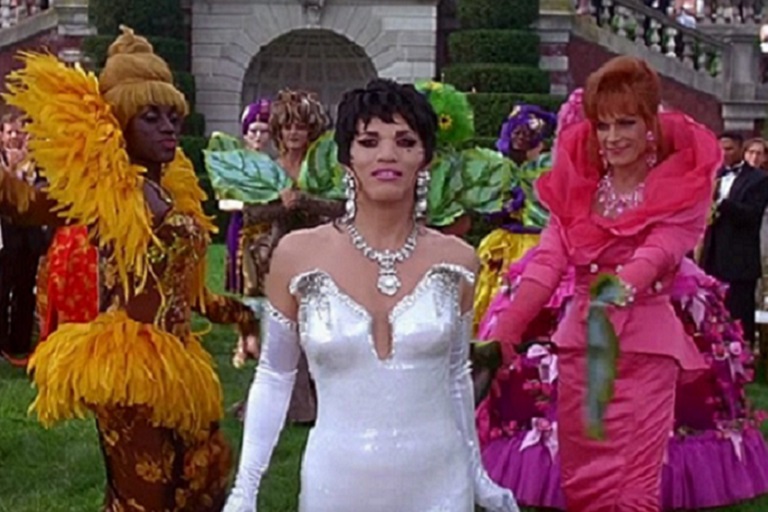 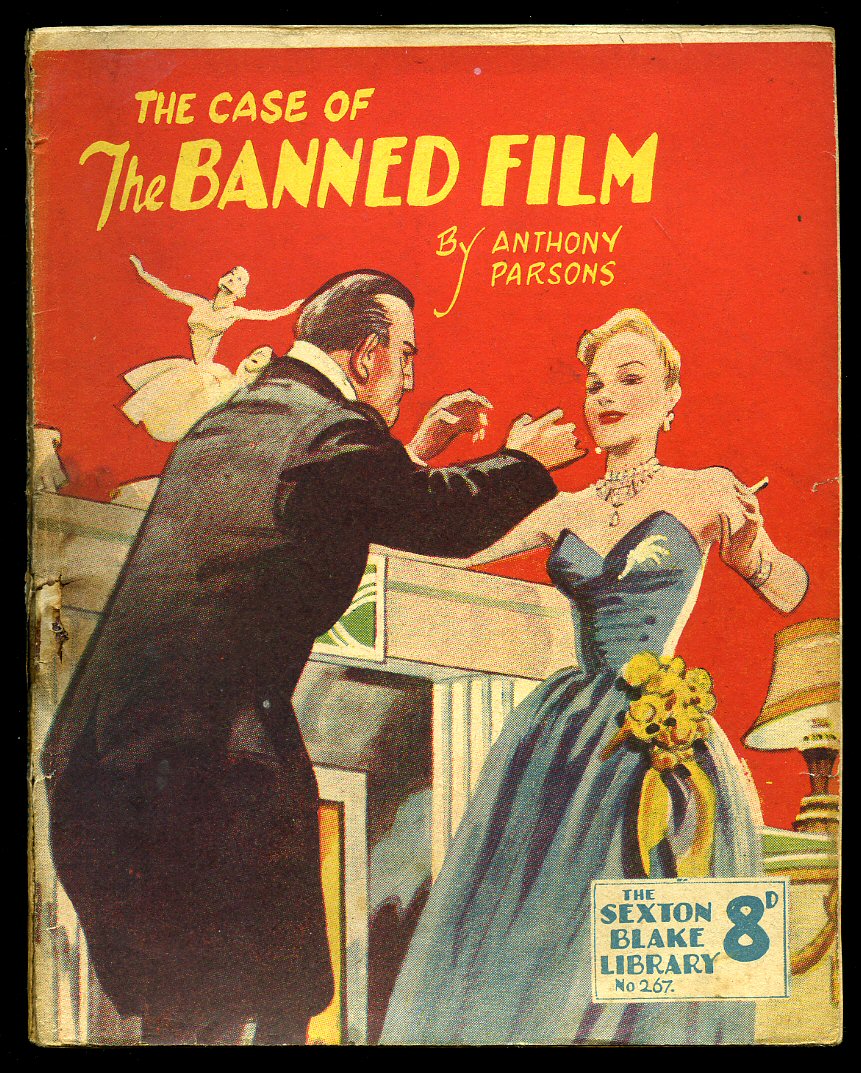 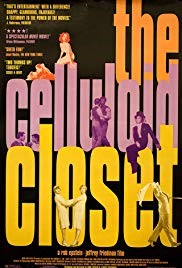 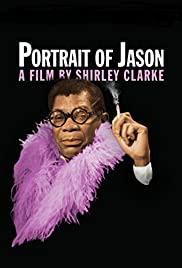