Kwame Ture & Charles V. Hamilton, Black power : the politics of liberation in America / with afterwords by the authors

Includes various essays from scholars. Toward a history of the business of Black power / Laura Warren Hill and Julia Rabig, Fighting for the soul of Black capitalism: struggles for Black economic development in postrebellion Rochester / Laura Warren Hill, Black (buying) power : the story of Essence magazine / Alexis Pauline Gumbs, and many more.

They fought for freedom.

The creation of Black History Month, and the larger liberation of Black people in America and beyond, was not the product of chance. Throughout history, a multitude of different social movements, exceptional individuals, and grassroots organizers have worked tirelessly to change their own lived realities and to transform the treatment of black people.  Fighting through unending adversity, it is these social movements and their orchestrators that made the most landmark civil rights victories possible.  Here a just a few resources which further illustrate the indescribable impact that these groups and individuals have had in celebration of Black History Month.

We salute the countless number of individuals, representing all nations, who continue to demand action and change for a better world for all humankind.

Images from the Civil Rights Movement 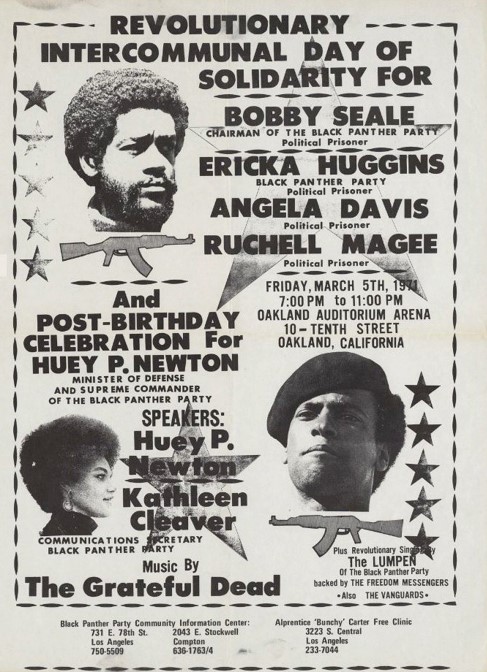 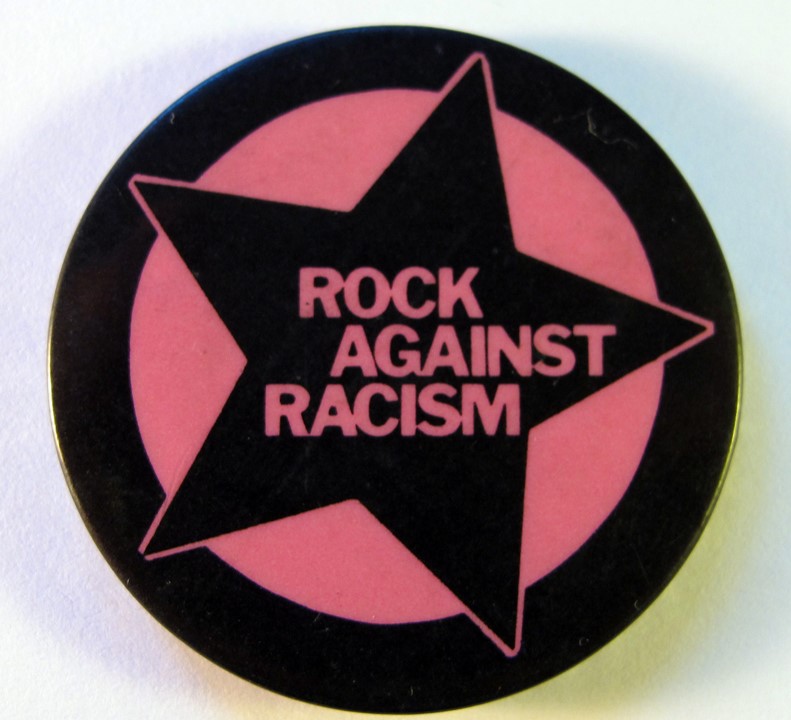 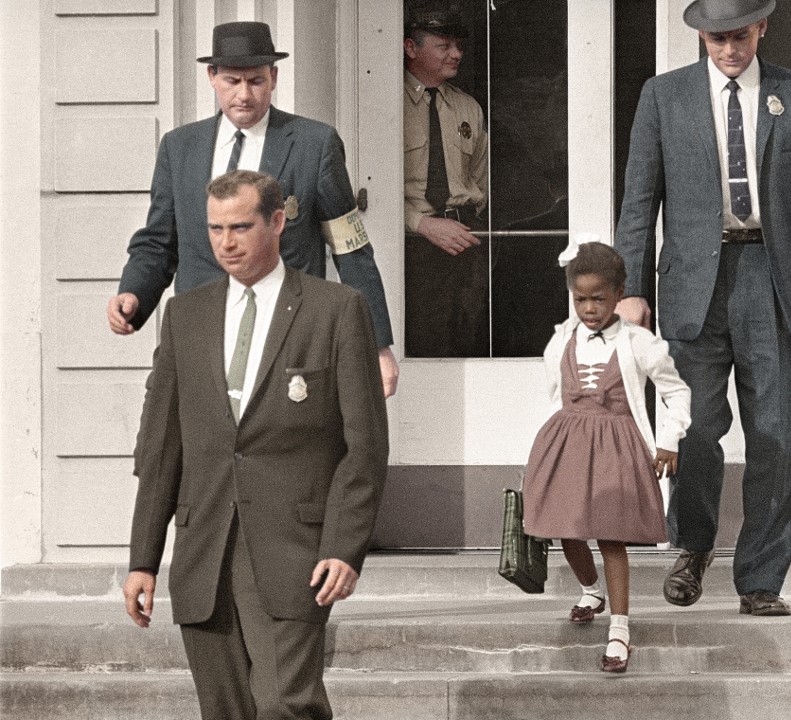 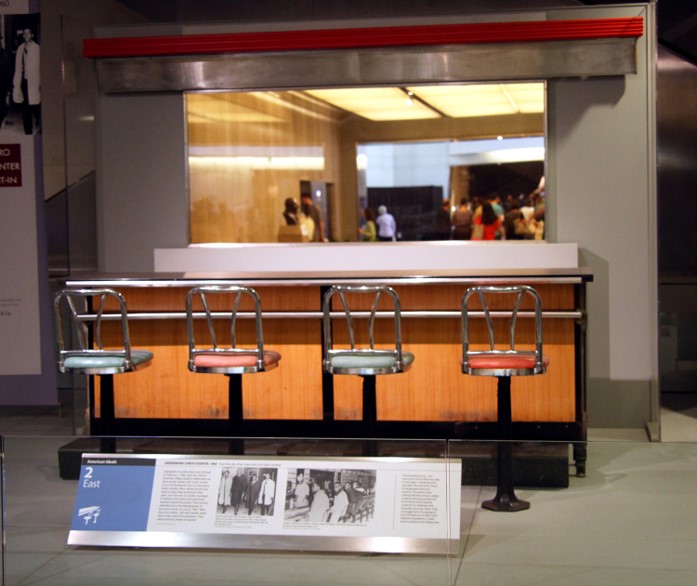 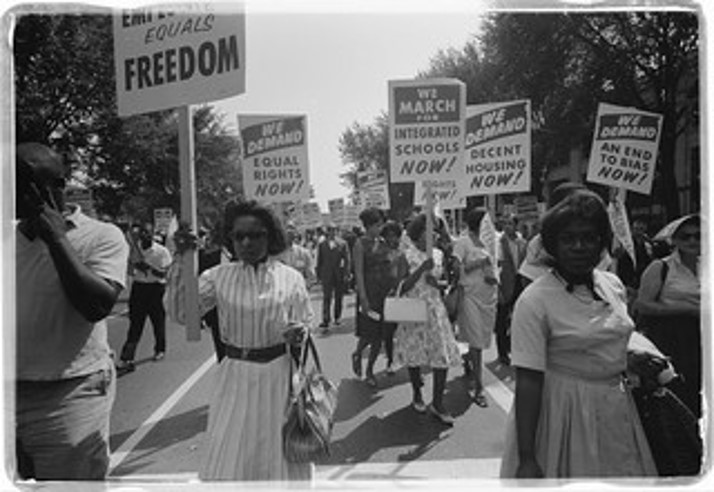 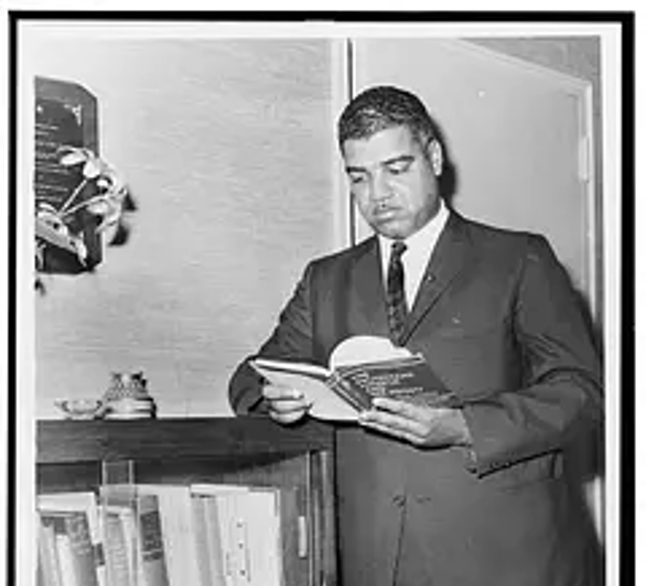 Angela Davis: Interview from Jail (5min., 1972) This video is an interview with Angela Davis about the Black Panther Party and violence during the fight for civil rights.

Brick by Brick: A Civil Rights Story ( 53min., 2012) Yonkers in the 1980s was typical of many American cities in its pattern of housing and school segregation. Real estate agents steered African-Americans to all-black neighborhoods and brought whites to other, more exclusive districts. Spurred by the local NAACP, the Justice Department ordered the City of Yonkers to integrate-a charge the City Council refused to comply with, defiantly taking its case all the way to the Supreme Court. Narrating the passionate experiences of Yonkers residents on both sides of the issue, this program tracks United States v. City of Yonkers, the landmark Supreme Court decision that challenged and eventually dismantled segregation in the North.

February One (61min., 2012) On February 1st, 1960, four men dressed in their Sunday best sat down at a lunch counter in Greensboro, N.C. but were refused service because of the color of their skin. In this inspiring documentary, the Greensboro Four themselves tell the story of the lunch counter sit-in that revitalized the civil rights movement and established a model of student activism for the coming decade. In addition, Prof. William Chafe places the sit-in within the context of Brown v. Board of Education and the Montgomery Bus Boycott, and Prof. Vincent Harding discusses the role of television in helping to spread word of the events in Greensboro.

James Baldwin: Speech on Civil Rights (19min., 1968) This video is a film of James Baldwin giving a speech on civil rights to a group of students in London.

Soundtrack for a Revolution: Freedom Songs from the Civil Rights Era (82min., 2009) On picket lines, in organizational meetings, even in police wagons and jail cells, songs of protest and inspiration helped drive the civil rights movement. Showcasing many of those songs, this stirring documentary explores the history of the era through archival footage, interviews with key civil rights activists, and performances by contemporary artists assembled specifically for the film. Congressman John Lewis (D-GA), former Atlanta mayor Andrew Young, former NAACP chairman Julian Bond, freedom rider Hank Thomas, civil rights organizer Jim Lawson, former King aide Dorothy Cotton, and music legend Harry Belafonte are among those interviewed. On-camera performers include John Legend, Joss Stone, Wyclef Jean, and The Roots. Featured songs: "Wade in the Water, " "This May Be the Last Time, " "Ain't Gonna Let Nobody Turn Me 'Round, " "We Shall Not Be Moved, " and more.

The Black Panthers: Vanguard of the Revolution  (115min., 2016) Revisit the turbulent 1960s, when a new revolutionary culture emerged with the Black Panther Party at the vanguard. Stanley Nelson tells the vibrant story of a pivotal movement that feels timely all over again.

The Black Press Soldiers without Swords (87min., 1998) Archival footage and interviews trace the history of African American newspapers and journalism from the Antebellum period to the Civil Rights Movement.

The Fateful Decade from Little Rock to the Civil Rights Bill (27min., 2007) First there was the law, and then there was enforcement of the law. This program begins at Little Rock's Central High School, when soldiers had to provide safety for black children exercising their legal right to go to school. Martin Luther King, Jr., already appears in 1958 at a meeting of black leaders with President Eisenhower. The civil rights movement accelerated: marches, clashes with the police and the jailing of demonstrators, the murder of Medgar Evers, the bombing of the Baptist church in Birmingham, sit-ins and protests, the Montgomery march, the Mississippi Freedom march, Martin Luther King, Jr.'s famous "I Have a Dream" and "I Have Been to the Mountaintop" speeches, his funeral, and President Johnson's signing of the Civil Rights Bill of 1968.

The FBI's War on Black America ( 50min., 1989) This documentary directed by Denis Mueller and Deb Ellis is about the FBI's counterintelligence program COINTELPRO against Black political figures and organizations during the civil rights movement of the late 1960s and early 1970s. It uses interviews with participants and film clips from the period.

The Powerbroker: Whitney Young's Fight for Civil Rights (59min., 2012) The Powerbroker portrays the life of Whitney Young, once called the inside man of the black revolution. As Executive Director of the National Urban League from 1961 to 1971, he helped thousands of people struggling against discrimination. Unique among black leaders, Young took the fight directly to the powerful white elite, gaining allies in business and government, but often arousing disdain from the very people he was trying to help. The Powerbroker chronicles the public and private trials of a man navigating a divided society in an explosive time.

The Road to Brown (57min., 1990) The Supreme Court's landmark decision on Brown v. Board of Education that ruled public school segregation unconstitutional was the culmination of a brilliant legal campaign that launched the civil rights movement. This documentary tells the story of the battle to overturn Plessy v. Ferguson and of the man who led the charge-lawyer Charles Hamilton Houston, also known as "the man who killed Jim Crow." Interviews with Houston's associates recount how Houston energized a generation of black jurists including future Supreme Court Justice Thurgood Marshall to wage the struggle against segregation. Moving from slavery to civil rights, the program provides a concise history of how African Americans finally won full legal equality.

More streaming videos available at via IUCAT and Black Studies in Video.

A History of Civil Rights in America ( 4 videodiscs, 224min., 2011) Program offers a comprehensive historical overview detailing the expansion of civil rights to include more people. From the past to the present, this eight part series takes the viewer through one of the most powerful forces in American history: the promise of civil rights for all.

How Racism Harms White People (45min., 2013) Distinguished historian John H. Bracey Jr. offers a provocative analysis of the devastating economic, political, and social effects of racism on white Americans. In a departure from analyses of racism that have focused primarily on white power and privilege, Bracey trains his focus on the high price that white people, especially working class whites, have paid for more than two centuries of divisive race-based policies and attitudes. Whether he's discussing the pivotal role slavery played in the war for independence, the two million white Americans who died in a civil war fought over the question of slavery, or how business owners took advantage of the segregation of America's first labor unions and used low-wage, non-unionized black workers to undercut the bargaining power of white workers, Bracey's central point is that failing to acknowledge the centrality of race, and racism, to the American project not only minimizes the suffering of black people, but also blinds us to how racism and white privilege have harmed white people as well.

Reflections Unheard Black Women in Civil Rights (81min., 2013) Archival footage and in-depth interviews with former members of organizations including Student Nonviolent Coordinating Committee (SNCC), and the Black Panther Party reveal how black women mobilized, fought for recognition, and raised awareness of how sexism and class issues affected women of color within and outside The Black Power Movement and mainstream feminism.

Remember the Titans (114min., 2011) A popular white high school football coach is demoted and replaced by a black coach and the two must work together to unite a team divided by the school's recent integration.

Ruby Bridges (90min., 2004) When bright six year old Ruby is chosen to be the first African-American to integrate her local New Orleans elementary school in 1960, she is subjected to the true ugliness of racism for the very first time.

The Barber of Birmingham ( 26min., 2011) In the days before and after Barack Obama's victory in the 2008 presidential election, an 85-year-old civil rights activist and "foot soldier" looks back on the early days of the movement. World War II veteran James Armstrong was the proud proprietor of Armstrong's Barbershop, a cultural and political hub in Birmingham, Alabama, for more than 50 years. Armstrong, who carried the American flag across the Selma bridge during the Bloody Sunday march for voting rights in 1965, links the struggles of the past with a previously unimaginable dream: the election of the first African-American president.

The Best of Enemies ( 133min, 2019) Based on a true story, the film centers on the unlikely relationship between Ann Atwater, an outspoken civil rights activist, and C.P. Ellis, a local Ku Klux Klan leader who reluctantly co-chaired a community summit, battling over the desegregation of schools in Durham, North Carolina during the racially-charged summer of 1971. The incredible events that unfolded would change Durham and the lives of Atwater and Ellis forever.

The Black Power Mixtape 1967-1975: a Documentary in 9 Chapters (96min., 2011) The film mobilizes a treasure trove of 16mm material shot by Swedish journalists who came to the US drawn by stories of urban unrest and revolution. Gaining access to many of the leaders of the Black Power Movement -- Stokely Carmichael, Bobby Seale, Angela Davis and Eldridge Cleaver among them -- the filmmakers captured them in intimate moments and remarkably unguarded interviews. Thirty years later, this lush collection was found languishing in the basement of Swedish Television.

The Rosa Parks Story (94min., 2002) Dramatic biography of Rosa McCauley Parks, who in 1955 created the spark that began the modern Civil Rights Movement.

Two Nations of Black America (60min., 2008) There is a growing economic divide in black America. Today, America's black middle class is the largest in its history, yet roughly one-third of black America continues to live in poverty. This film measures the economic and social success of the civil rights movement and the gap between middle class and poor African-Americans through interviews with noted Afro-Americans and historical film footage.

The Weather Underground (90min., 2004) In the early '70s, the radically enraged, bomb-planting fringe group called the Weathermen had the distinction of being as alienated from the anti-war counterculture as the counterculture movement was from the rest of America. The group planned to blow up an empty building, but on March 6, 1970, an explosive accidentally went off in the New York Greenwich Village area, killing three of its own members and turning the rest of its members into outlaws on the run. 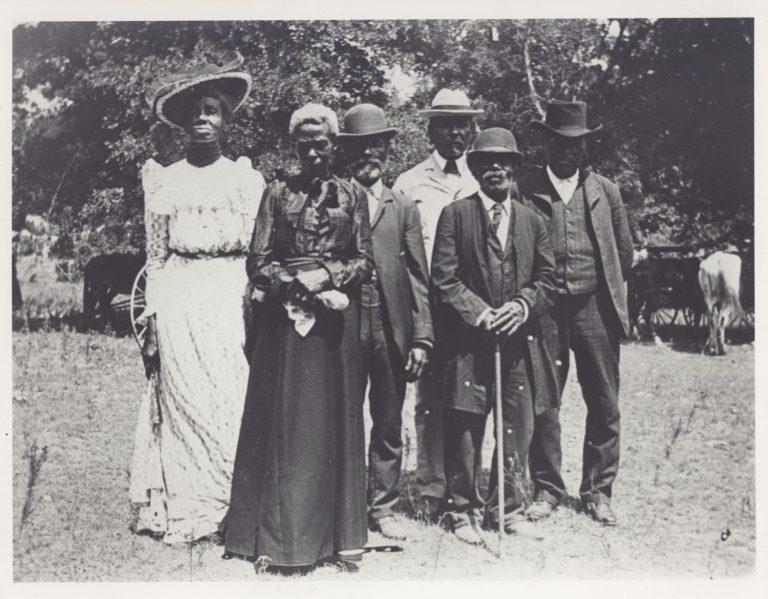 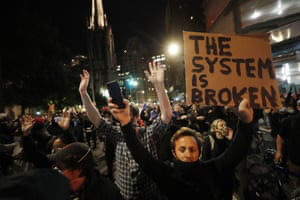 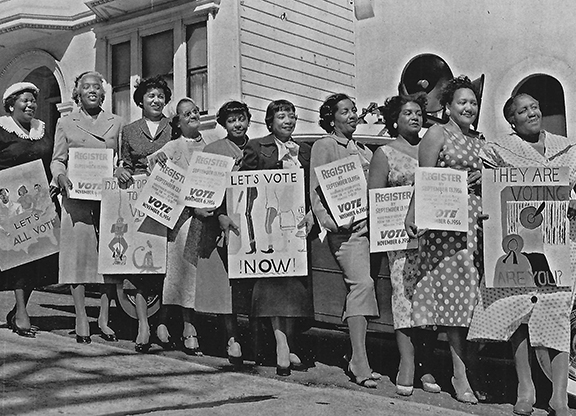 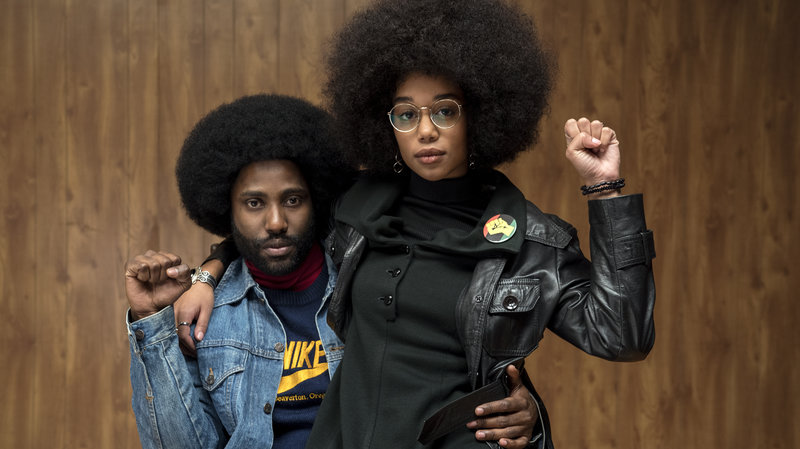