The study of gender as a fundamental category of social and cultural analysis. 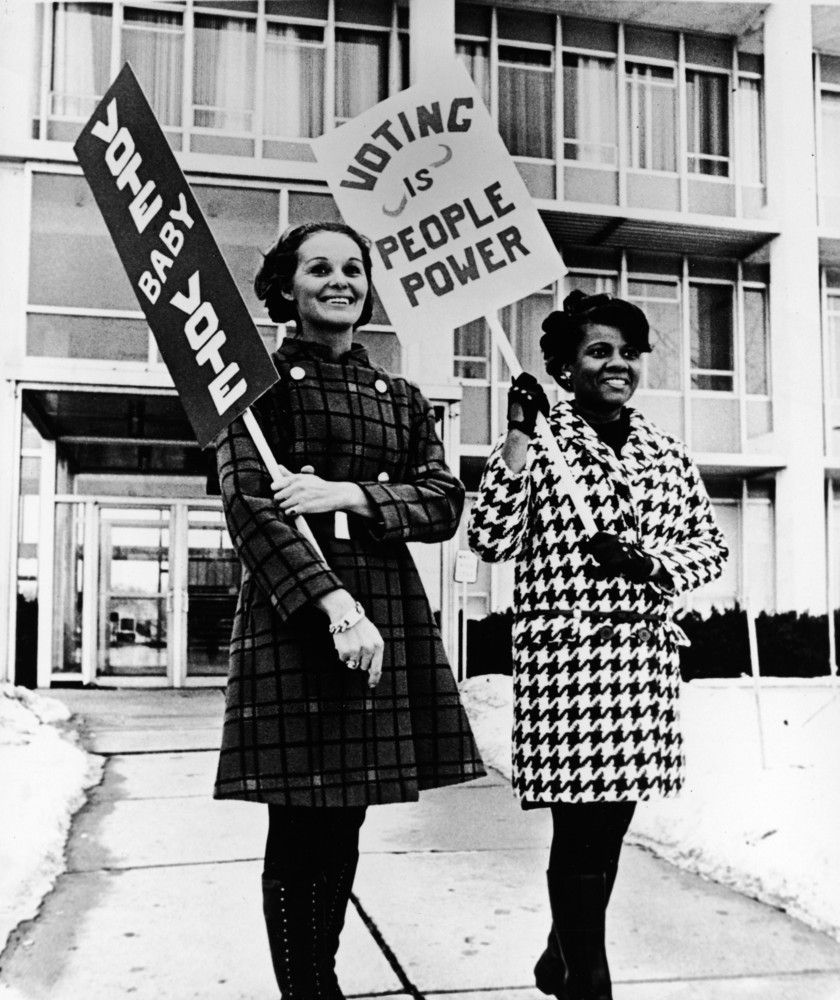 In honor of Women's Equality Day, which commemorates the passage, ratification, and later certification of the 19th Amendment on  August 26, 1920 (and this year is also a celebration of the 100th anniversary thereof), we present a series of playlists honoring the  contributions of women, femmes, and trans+nonbinary folks in music across genres (many of which have traditionally excluded or undervalued their work).

We recognize, additionally, that, despite the work of many women of color suffragettes (read more here), the 19th Amendment only guaranteed the right to vote for some (read: white) women; BIPOC  women had to wait many years before suffrage was accorded to them, and even then (even today) many people, including BIPOC, remain disenfranchised.

You can read more about the work of IU historians, and the history of suffrage in Indiana, here.

Scroll through to see the playlists we've created.

Retrospective of folk artists from the 60s & 70s. From chart topping artists like Joni Mitchell and Joan Baez to lesser known artists like Linda Perhacs and Elizabeth Cotten, explore the sound of female artists who shaped the course of folk, rock, and pop music into the 21st century.

Tomorrow is My Turn: A Look at Women of Color in Folk Music, Past and Present (Medium: Festival Peak)

Retrospective of punk acts, from its inception through recent times. Explore the sounds of femme artists in punk and the ways they evolved the genre.

"For Laura Jane Grace, Punk was a Form of Armor" (NPR)

Revenge of the she-punks: a feminist music history from Poly Styrene to Pussy Riot

Retrospective of artists (pop, rock, folk, etc.) from the 80s & 90s (and even a few from the early 00s). Explore the ways femme artists influenced the transitional decades from the 20th to 21st centuries.

"Liz Phair is not your Feminist Spokesmodel" (The New York Times)

"From the Archives: Tracy Chapman on NPR" (NPR)

Retrospective of women and femmes in hip hop, from the 80s to today. Explore how femme artists have shaped the sound of hip hop across its evolution.

"Inside the Miseducation of Lauryn Hill" (Rolling Stone Magazine)

"Princess Nokia: 'At My Shows, Girls Can Take Up Space the Way Men Do'" (The Guardian)

God save the queens: the essential history of women in hip-hop

September 23rd is a day designated for recognizing and celebrating bisexual people, their history, and their community. Bisexuality is the quality or characteristic of being sexually and/or romantically attracted to people of one’s own gender as well as another gender or genders. This playlist brings together songs by, about, and for bisexual people in honor of the B in LGBTQ+! From artists suspected of being bisexual or bicurious (Britney Spears, Harry Styles), to out & proud bisexuals (Janelle Monae, Frank Ocean) this playlist encompasses a variety of genres (punk, pop, indie, r&b) through time. From Billie Holliday to Demi Lovato, bisexuals have always existed, despite attempts to erase their queerness. Enjoy this playlist on Bisexual Awareness Day (September 23rd) or any time you want to celebrate bi pride!

Click through the tabs to see some of the media we've highlighted to celebrate bisexual identity and experience.