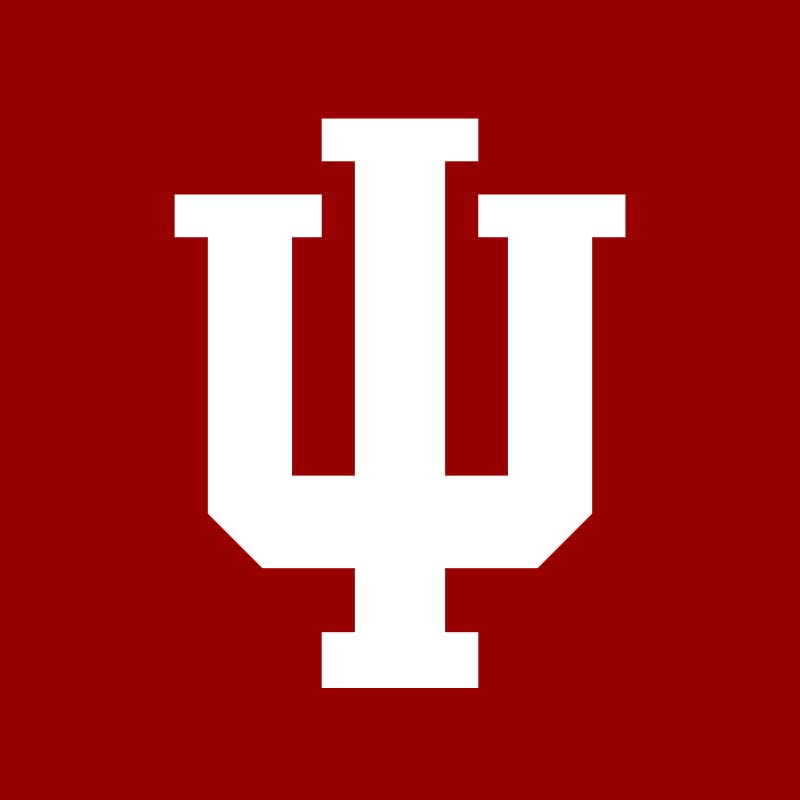 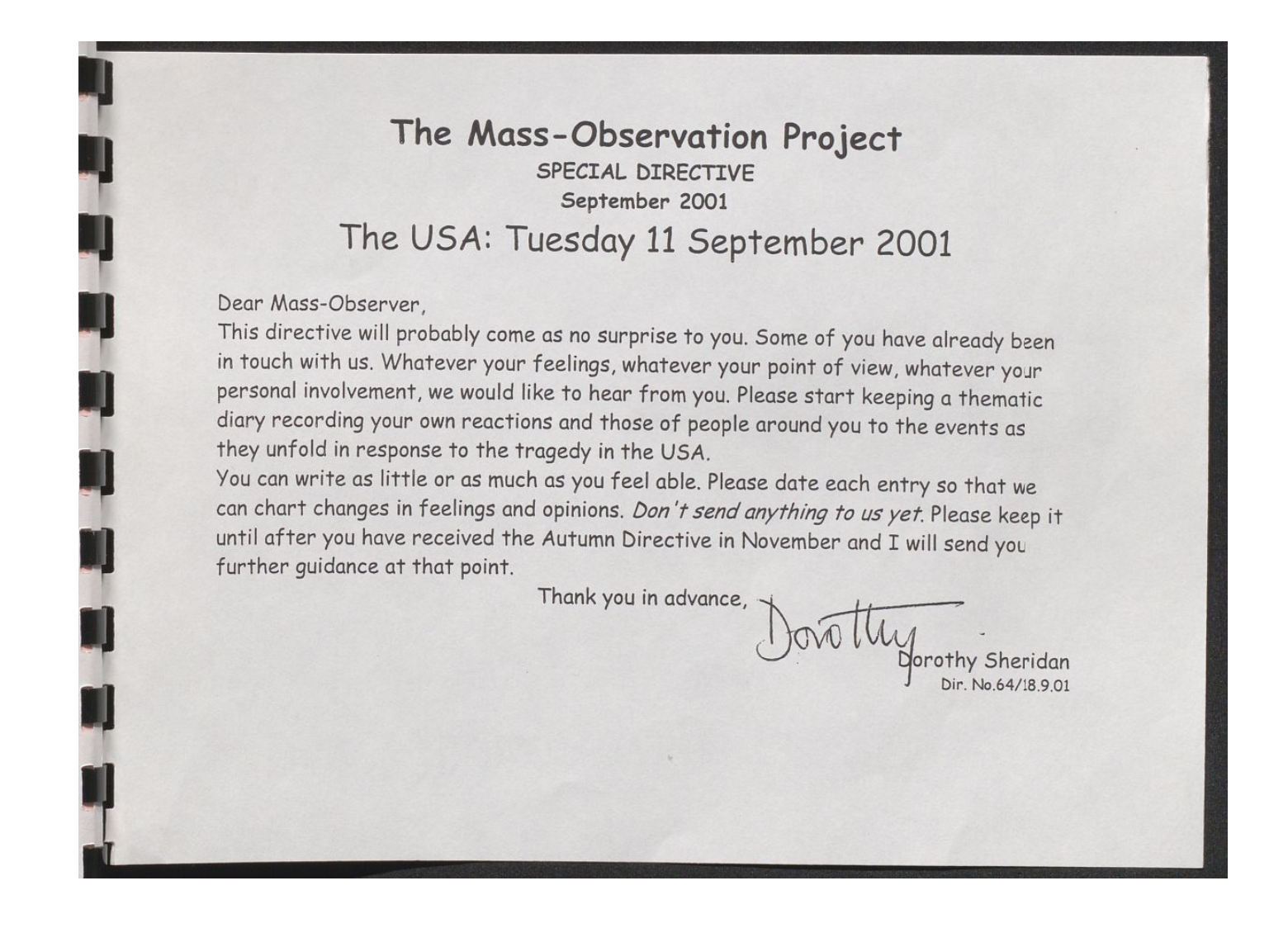 "I was at work in my department store on Sept 11 & went for my tea break just as the first incredible pictures were coming through on a newsflash. It was one of those rare occasions when the hairs on the back of your neck stand on end. This is war--I thought--& I'm watching people die--people just like me, part of the 'civilised' western world--& on such a beautiful morning" [B1215's response to 2001 Special directive].

Researchers often want to know what "everyday people" think or thought. It is easy enough to find George W. Bush's response to the attacks on 9/11. You can look through newspapers (of which, the IU Libraries have many) or examine government documents to find out what other public figures said or wrote. But what about people who weren't in the news? What about the sort of detailed responses like the one from "B1215" above?

Mass Observation began in the UK in 1937 as an attempt to understand what people know and how they felt about the abdication of King Edward VIII. Researchers gathered many types of information, including overheard conversations, diary entries (voluntarily submitted), and responses to questionnaires ("directives") that asked people about their lives, experiences, and perspectives. The initial Mass Observation Project continued until the mid-1950s (though some material kept coming in for years to come) and is included in the Adam Matthew Digital database Mass Observation Online. The project of collecting responses to directives was relaunched in 1981 and the collection linked here covers the time period from 1981 to 2009. Aside from asking for thoughts about 9/11, directives asked about many other current events (e.g. AIDS, the Gulf wars, Princess Diana's death, etc.) and everything from Christmas cards to ideas about gender roles to death and bereavement. They also periodically looked inward and asked for thoughts about being part of a massive research study.

The richness of the archive is incalculable. Although the respondents' [called "observers"] identities are kept hidden, their observer codes remained constant, so researchers can track submissions over time. Additional information about the observers, including their sex, decade of birth, region, employment, etc., helps researchers investigate distinctions between identity groups. Researchers must, however, also be aware of the archive's limitations. Observers volunteered to participate, inevitably leading to an oversampling of people with sufficient time and interest. Other limitations stem from contemporary forms of bigotry and self-preservation. LGBTQ+ observers, for instance, may have been reluctant to disclose their living situation or relationship status, particularly in the earlier years of the project, on the biographical information questionnaire. Nevertheless, the archive has been the source of countless extraordinary studies of British life, culture, and society.

More information about the project can be found at the Mass Observation website.