The IU Bloomington Libraries' Philosophy collection supports research and teaching in all branches of philosophy. 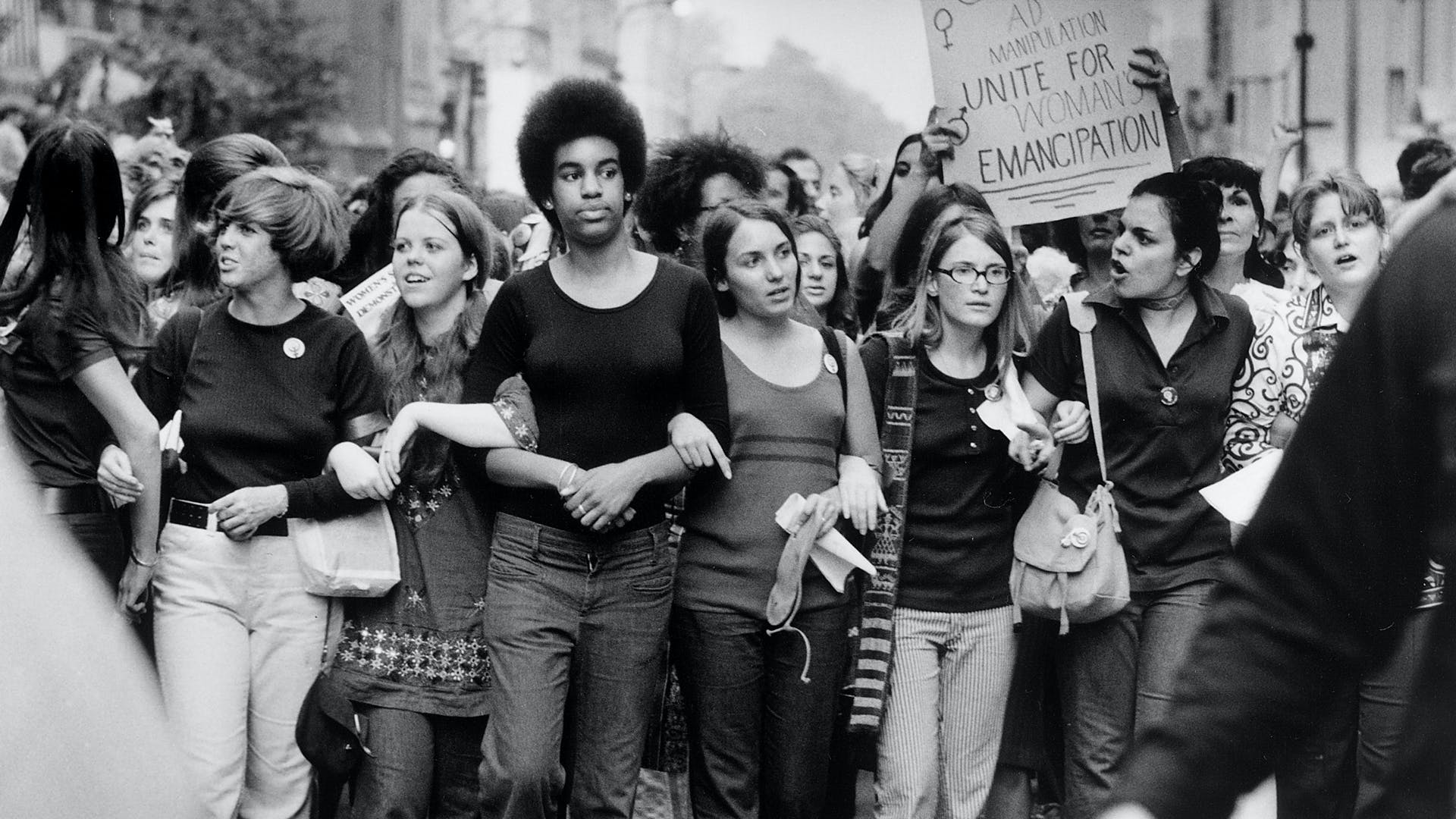 Feminism is the belief in the social, economic, and political equality of all genders.

This feature covers some of the history and individual movements within feminism.

Scroll down to learn more about the waves of feminism and several different philosophical movements.

Next Steps
As with many of these national commemorations, one month is never enough to fully honor and celebrate the history and culture of marginalized communities, let alone heal the legacies (and ongoing reality) of harm and systemic oppression they've experienced. We recognize that resisting and rejecting misogyny and cisheteropatriarchy cannot be manifested simply through resource lists and guides, however important and well-intentioned, and that justice and liberation for women, expansively defined, and all who challenge and live outside of binary gender is the work of generations. We are, nevertheless, committed to doing what we can to work towards a different, more equitable and caring future.

If you'd like to engage more deeply with Women's History Month, units across the Libraries have created a number of interrelated resources and features to provide more holistic coverage of this commemoration. You'll find those, below:

Critique of the 'Waves' of Feminism

Lasting from the late 19th century to the early 20th century, the start of the feminist movement in the United States focused primarily on property rights and women's suffrage. Many feminists felt a connection between their cause and the abolitionist movement.

Following a lull in feminist activism during the world wars, the second wave of feminism (1960s-90s) focused on gaining political equality and putting a stop to gender-based discrimination. Women began to seek greater participation in the workforce as well as equal pay. The movement also brought attention to issues of domestic violence and reproductive rights. Feminism was beginning to integrate itself with issues of patriarchy, capitalism, and class.

In the 1990s, a new wave of feminism emerged that challenged the perceived privileging of straight white women by the second wave movement. The movement also brought to the forefront sex positivity and issues of violence against women. The distinction between the third and fourth waves of feminism is unclear. While some believe we're still in the third wave, others argue that the newest fourth wave, starting in the 2010s, is defined by the fight against rape culture.

"Feminism in 'Waves': Useful Metaphor or Not?" by Linda Nicholson (New Politics)

Liberal feminism, a term that widely overlaps with "mainstream feminism," is the movement to gain gender equality through political and legal reform. The first and second waves of feminism were mostly led by proponents of this movement. Issues that liberal feminism focuses on include voting rights, equal pay, reproductive rights, and access to education.

Socialist feminism considers the interconnectivity of patriarchy, capitalism, and women's oppression. This movement applies Karl Marx's ideology to feminism and argues that class oppression and gender oppression are fundamentally tied together.

Radical feminism is a more militant form of feminism which seeks to dismantle the capitalist patriarchy. Radical feminists argue that we must completely restructure society in order to fulfill feminism's goals.

Also called anarcha-feminism, this movement believes that women's oppression is bound together with the "involuntary hierarchy" of government. The removal of this hierarchy through anarchy is called the "feminization of society."

Many Black women felt alienated by second wave feminism. Black feminists argued that sexism, classism, and racism are part of the same hierarchical system (the "imperialist white supremacist capitalist patriarchy"), and that therefore Black women have a unique understanding of oppression.

Emerging in the 1980s, postcolonial feminism moves the focus to nonwhite, nonwestern women and their experiences in the postcolonial world. This movement criticizes the ethnocentrism of mainstream feminism and sees parallels between colonization and women's oppression.

Like Black feminism, Indigenous feminism(s) is an intersectional perspective and movement that centers the rights, needs, and experiences of Indigenous people, with a particular focus on human and civil rights for Indigenous women, legal and land-based sovereignty for all tribes and communities, environmental justice, and decolonization.