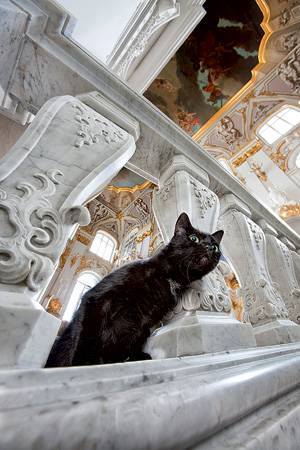 Since the 18th century a group of cats (currently about 70) has inhabited the basement of the Hermitage, one of the most famous Russian museums, located in St. Petersburg, Russia. They were placed in the museum to protect the treasures from mice and rats. The Hermitage cats are very popular: every spring since 1998 they are honored on the Hermitage Cat Day. A number of books, films, music pieces, exhibits, and calendars celebrate the Hermitage cats. 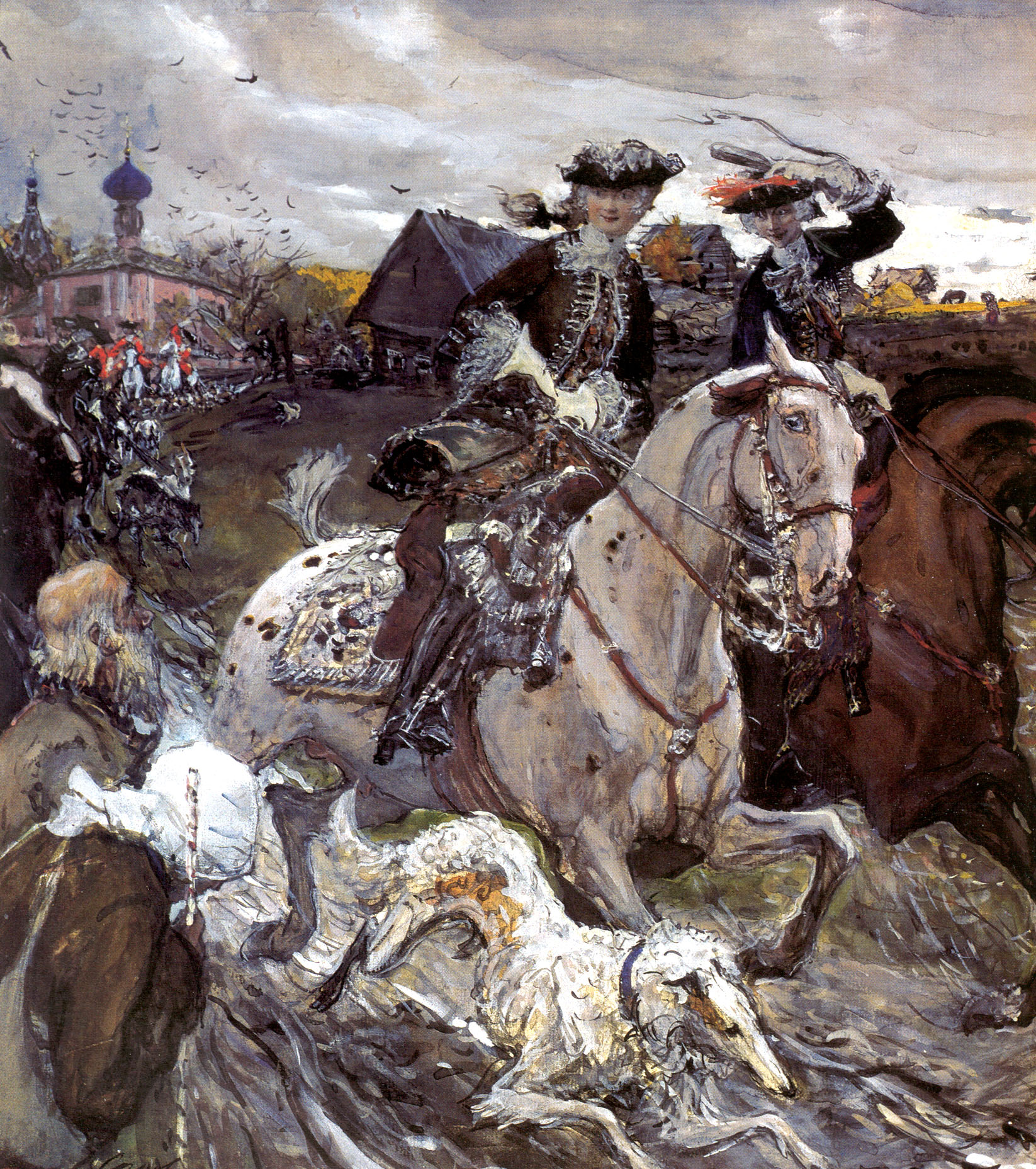 “Everything in this life is dust and vanity, except for hunting…” (Ivan Turgenev)

Borzoi – one of the most famous Russian breeds of hunting dogs. Riding to hounds played a significant role in the lifestyle of the Russian landed gentry, some of whom owned hundreds of valuable hounds. These aristocratic creatures became one of the attributes of the Russian nobility.

Riding to hounds is a popular topic in Russian art and literature. Leo Tolstoy's novel War and Peace contains an extensive wolf hunting scene with borzois (book 7, chapters 3 to 6). 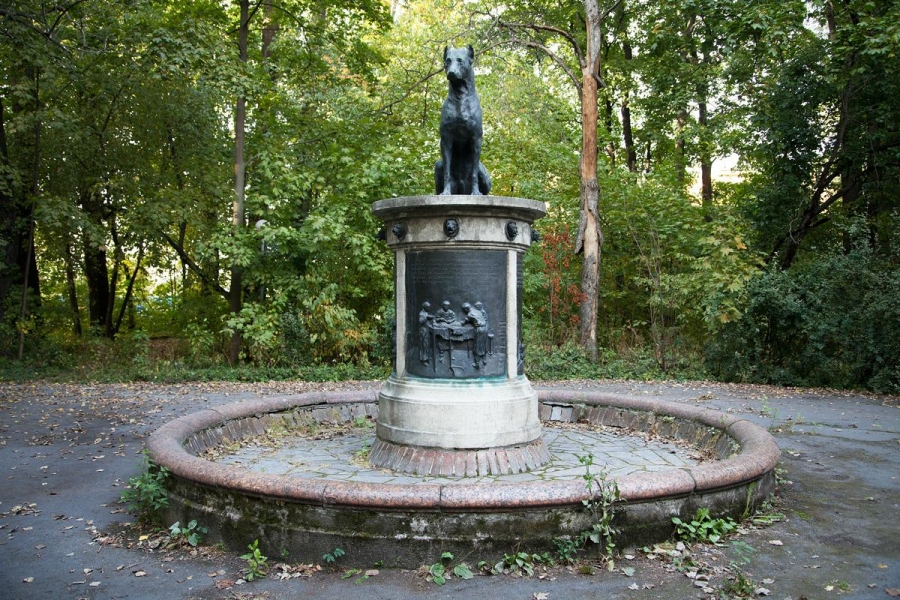 Ivan Petrovich Pavlov (1849-1936) became Russia’s first Nobel laureate, when he was awarded the prize for Physiology/Medicine in 1904 "in recognition of his work on the physiology of digestion[, through which knowledge on vital aspects of the subject has been transformed and enlarged]." Pavlov is most famous for the concept of the "conditioned reflex" which he developed though his scientific experiments on hundreds of dogs.

Pavlov had mixed feelings about vivisection: "When I begin an experiment entangled with the final death of the animal I suffer a great feeling of regret at interrupting a triumphant life, being a butcher of a living being. But I suffer this for the sake of the Truth, for man's benefit”

Picture: Monument to Pavlov’s Dog in Saint Petersburg (1934). Inscription: “Let the dog, man’s best helper and friend from prehistoric times, be sacrificed for science, but our dignity obliges us to make sure that it always happens without unnecessary torment. Ivan Pavlov”

A stray dog found in Moscow, Laika became the first animal to orbit the Earth in 1957, paving the way for human spaceflight during the upcoming years. The spacecraft was not designed to be retrievable, and Laika had always been intended to die. At a press conference in 1998 Oleg Gazenko, a senior Soviet scientist involved in the project, stated "The more time passes, the more I'm sorry about it. We did not learn enough from the mission to justify the death of the dog..."

In 1960, Belka and Strelka, also stray dogs, spent a day in space before safely returning to Earth. These mongrel heroes of space exploration have been honored with several monuments and a recent animated film Belka and Strelka. Star Dogs (English title: Space dogs).