Other animals: beyond the human in Russian culture and history. Edited by Jane Costlow and Amy Nelson. Pittsburgh, Pa. : 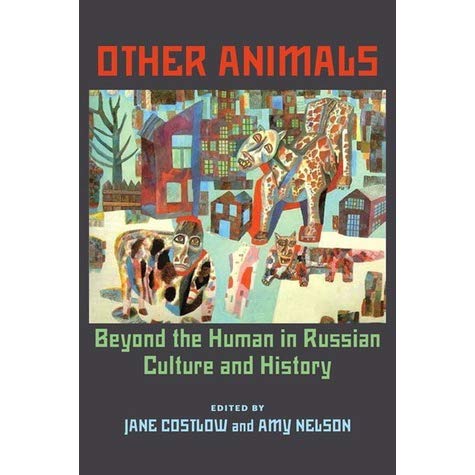 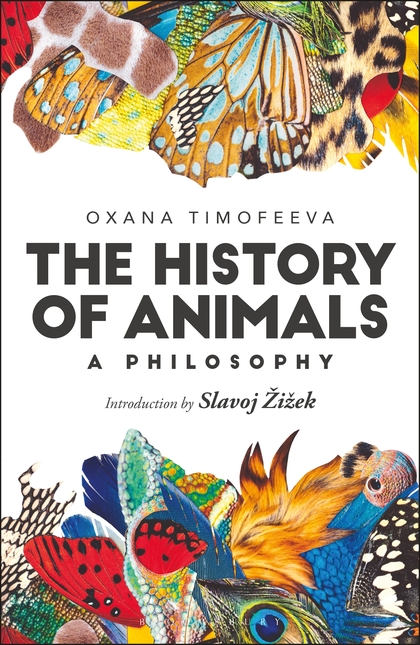 The history of animals: a philosophy by Oxana Timofeeva; introduction by Slavoj Žižek. London : Bloomsbury Academic, 2018. 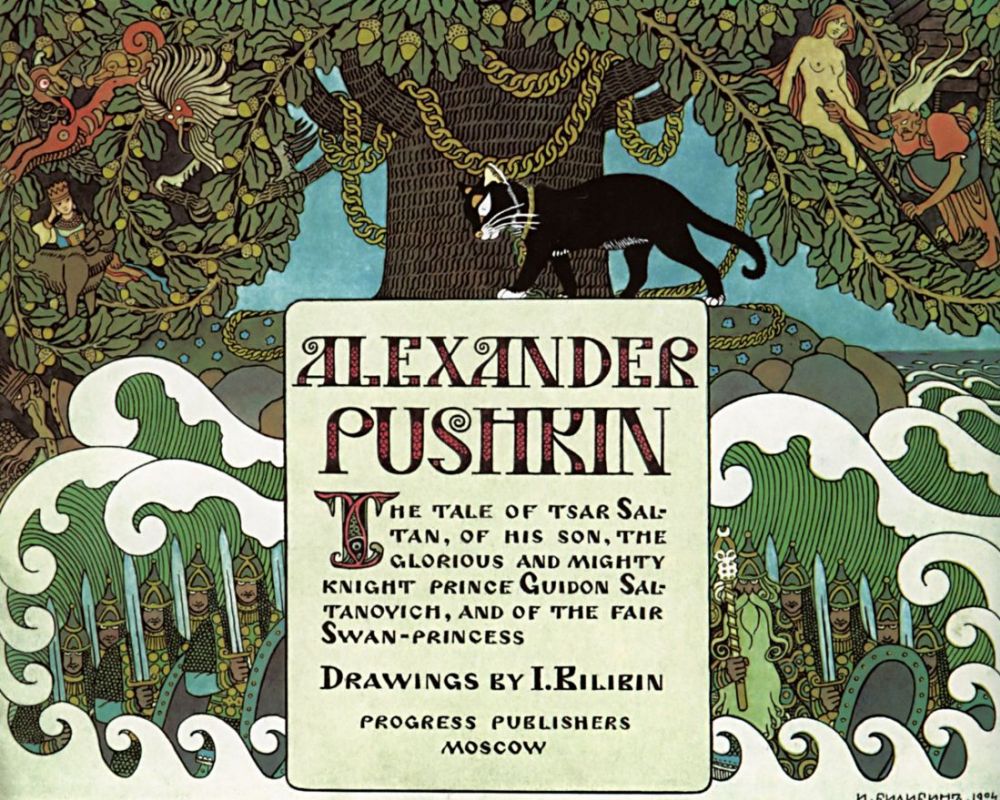 One of the most popular cats is Kot Uchenyi (Learned Cat) from Ruslan and Liudmila by Alexander Pushkin:
"There’s a green oak-tree by the shores

Of the blue bay; on a gold chain,

The cat, learned in the fable stories,

Walks round the tree in ceaseless strain:

Moves to the right – a song it groans,

Moves to the left – it tells a tale" 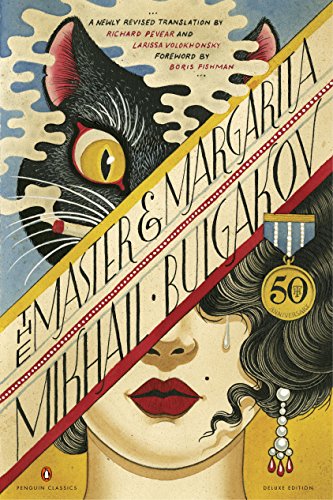 The most famous Russian literary cat is the enormous demonic black Kot Begemot (Behemoth Cat) from The Master and Margarita by Mikhail Bulgakov (translated with notes by Richard Pevear and Larissa Volokhonsky). 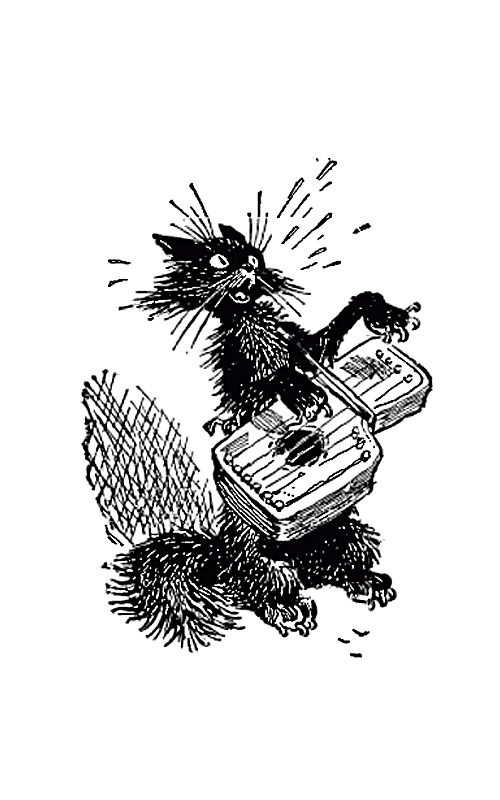 Kot Vasilii (Vasily Cat) from a science fantasy novel Monday begins on Saturday (Ponedelnik  nachinaetsia v subbotu) by Arkadii and Boris Strugatskie, is a successor of the Learned Cat. 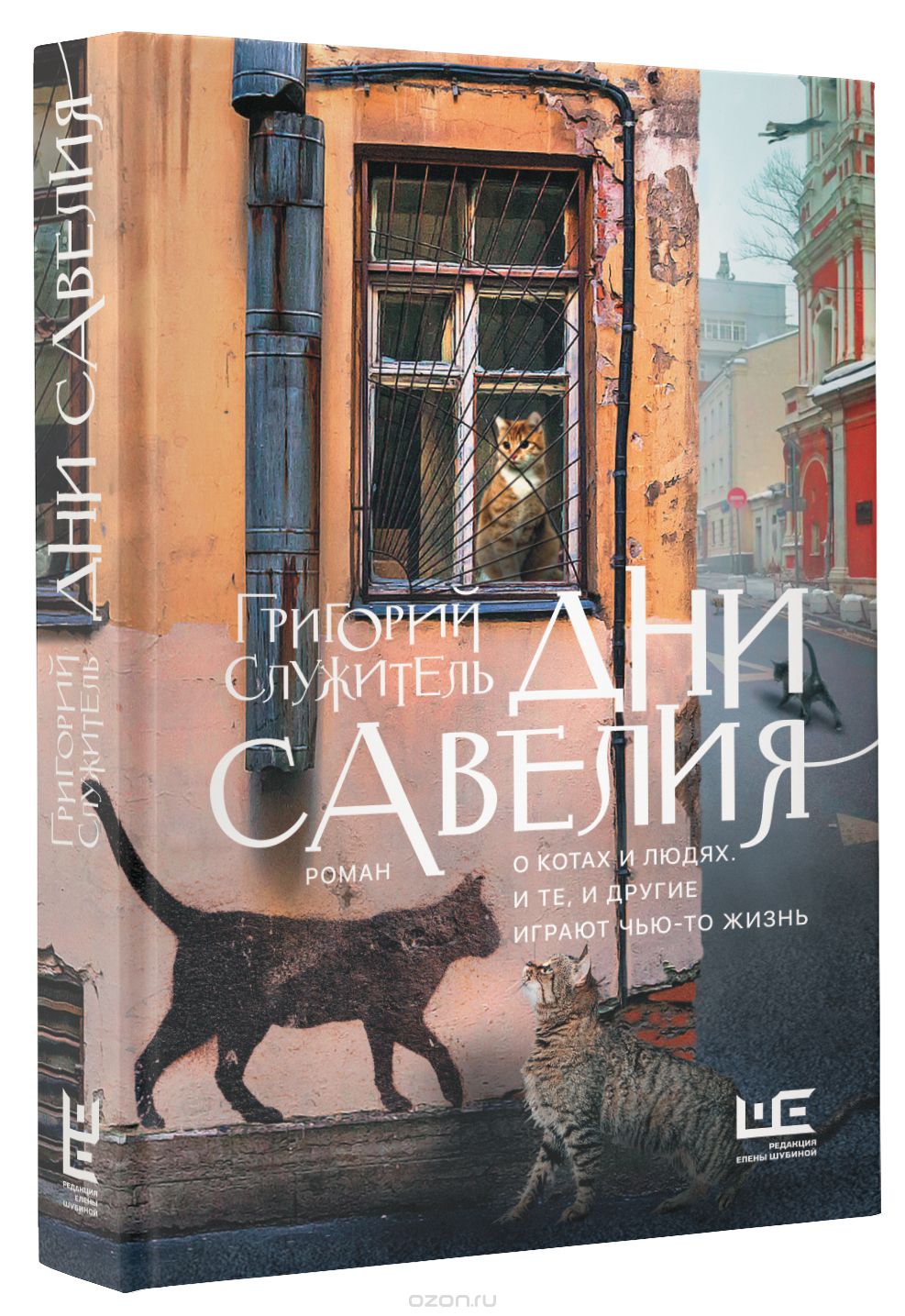 One of the newest, but already very popular cat is Savelii from Dni Saveliia, a novel by Grigorii Sluzhitelʹ with a foreword by Evgenii Vodolazkin. 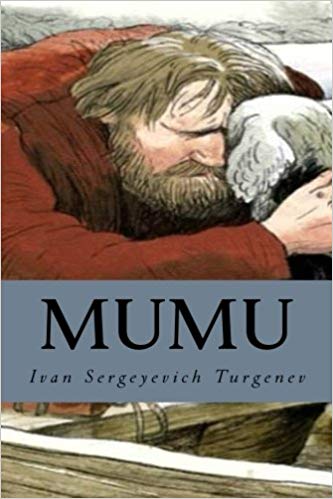 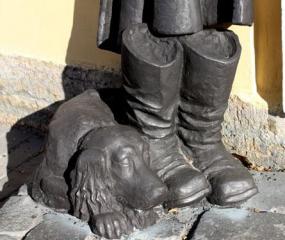 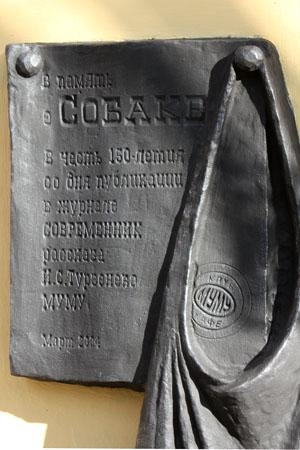 This sad story (first published in 1854 in Sovremennik) about Gerasim, a deaf and mute serf whose mistress compels him to drown his beloved Mumu, a dog that he had rescued,  was required reading in Soviet schools and became extremely influential. It was adapted for the screen twice, in 1959 (dir. Teterin, Bobrovskii) and 1998 (dir. Grymov).

A statue of Mumu in front of the eponymous café in St. Petersburg was unveiled in 2004. 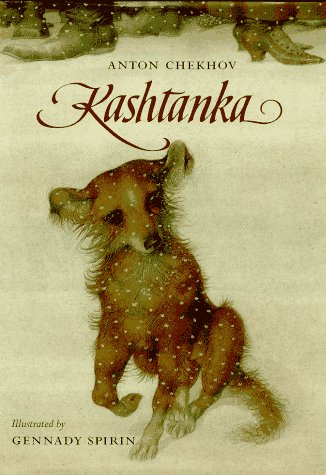 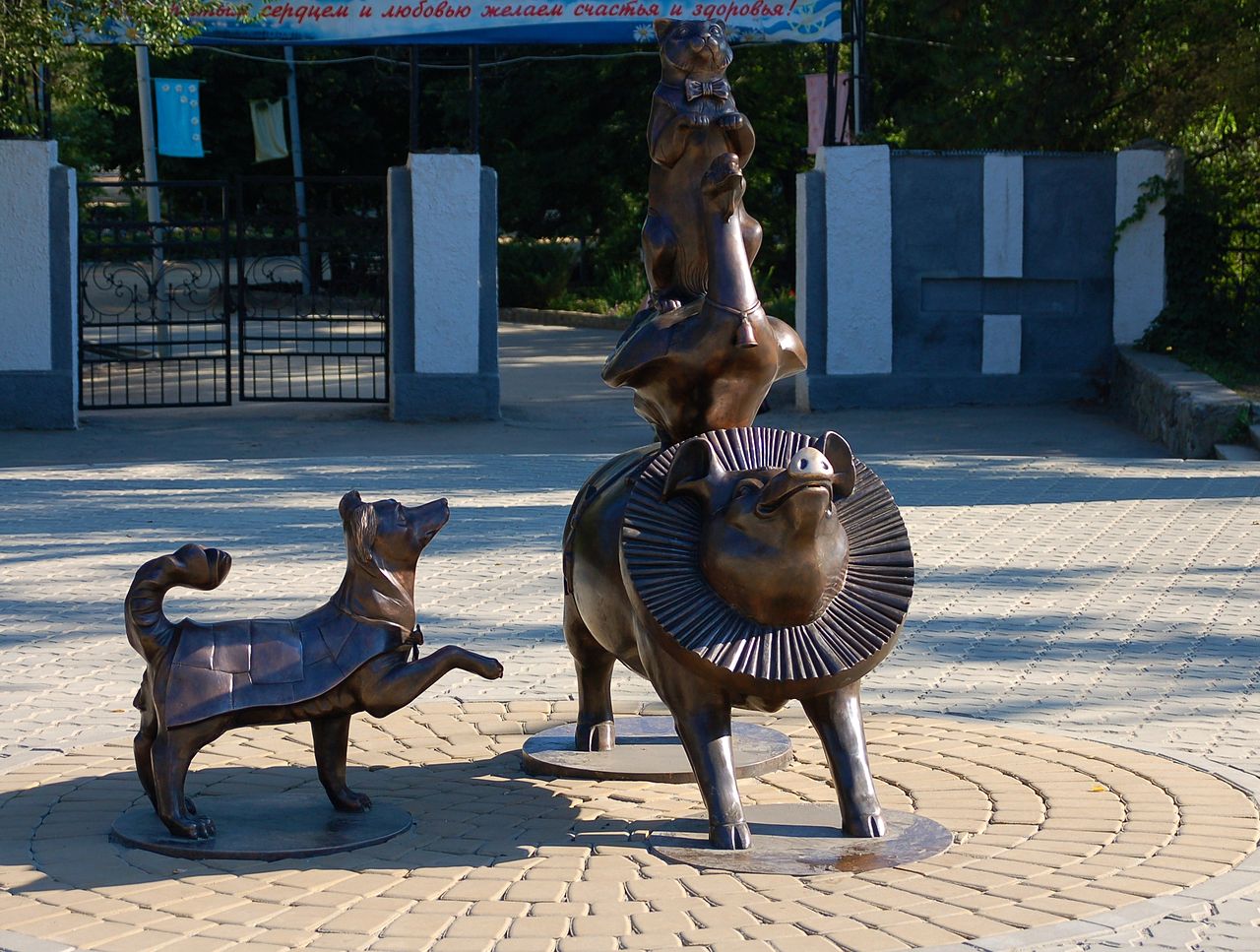 adapted from a new translation by Ronald Meyer).

Kashtanka, first published in 1887 in Novoe Vremia under the title In Learned Society ("В учёном обществе"), is a very popular story about a lost dog, who was trained to perform in circus by her new owner and then reunites with the first owner who recognizes her during the performance. The story was adopted for the screen multiple times: there are three feature films (1926, 1975, 1994) and two cartoons (1952, 2004).

The Sculptural composition "Egyptian Pyramid" is based on this story and was unveiled in Taganrog in 2008 (sculptor Dmitry Lyndin). 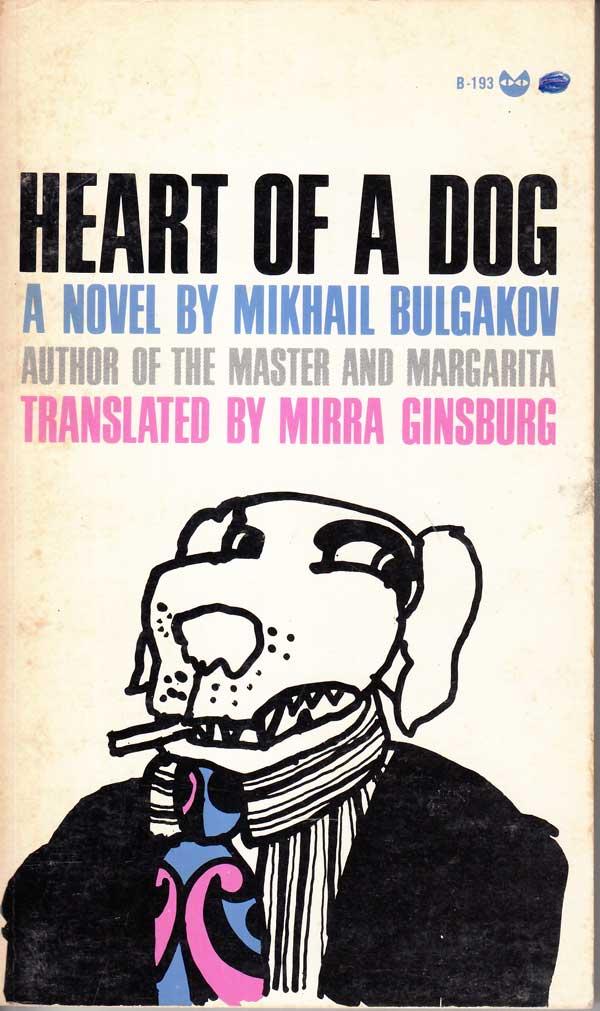 A dog's heart: an appalling story. Translated and edited with notes by Andrew Bromfield ; with an introduction by James Meek. London ; New York : Penguin, 2007.

The heart of a dog. Translation and foreword by Michael Glenny ; introduction by Andrey Kurkov. Brooklyn : Melville House, 2013.

Not exactly a book about dog, Sobach’e serdtse, a biting satire of the Bolshevism, was written in 1925. The story features a stray dog named Sharik who takes human form as a slovenly and narcissistic incarnation of the New Soviet man. In 1988 the film director Vladimir Bortko made a movie of the same title in sepia. 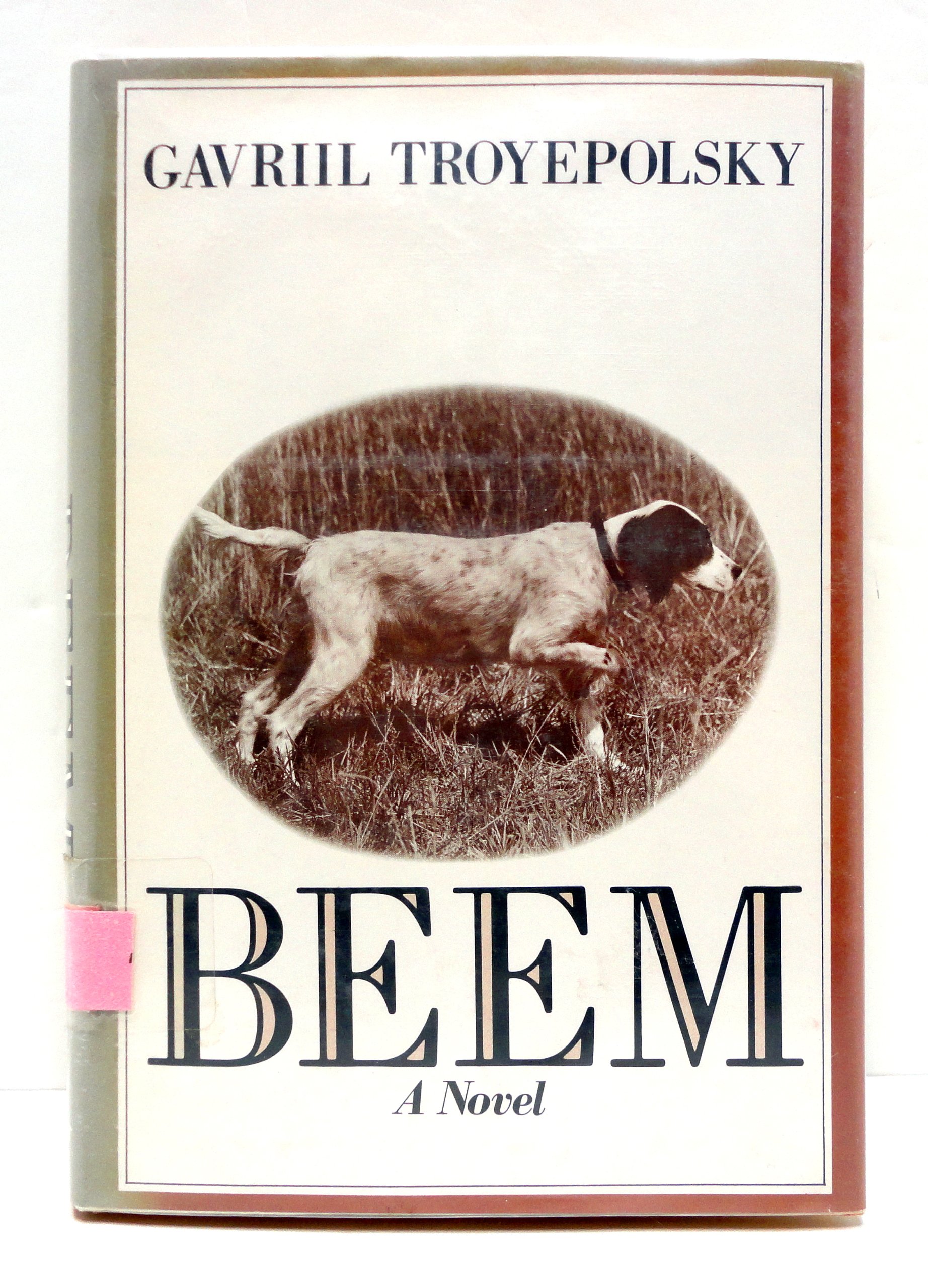 translated from the Russian by Antonina W. Bouis.

This story is about a white Scottish Setter with a black ear who becomes homeless because of his master's illness.

A metal statue of Bim was unveiled in Voronezh in 1998. 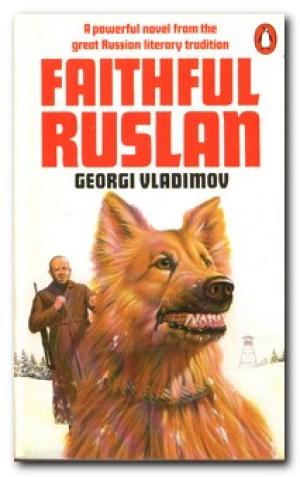 Faithful Ruslan: the story of a guard dog by Soviet dissident writer Georgi Vladimov (translated by Michael Glenn. New York : Simon and Schuster, 1979 after its appearance in samizdat in 1975) is a novel about a guard dog in a Gulag labor camp, told from the point of view of the dog.