On this topic read:

#BlackOctober Reading List: The Russian Revolution and the African Diaspora By Jennifer Wilson and Jennifer Suchland 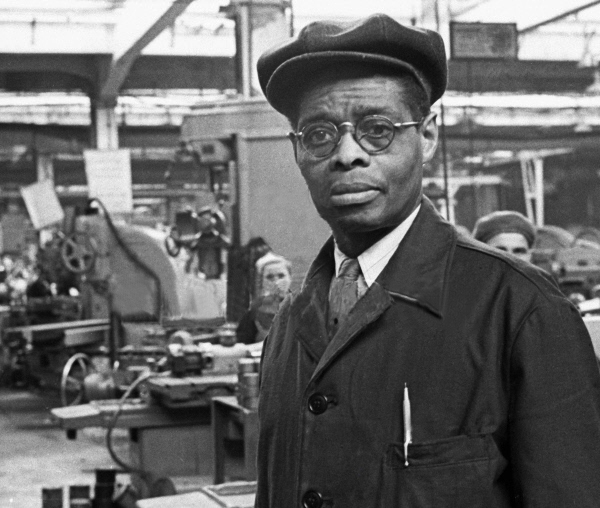 Born in Jamaica, Robinson was trained in Cuba as a mechanical engineer before his emigration to the United States in 1930. In the same year at the plant where Robinson was employed, a visiting Soviet delegation engaged in the study of Ford assembly-line production techniques invited Robinson to work in a tractor factory in Stalingrad, offering him various perquisites. Robinson lived in the Soviet Union for 44 years and returned to the United States only in 1978.

In 1988 he wrote an autobiography Black on Red : my 44 years inside the Soviet Union, which was translated into Russian in 2012: Черный о красных : 44 года в Советском Союзе : автобиография черного американца. 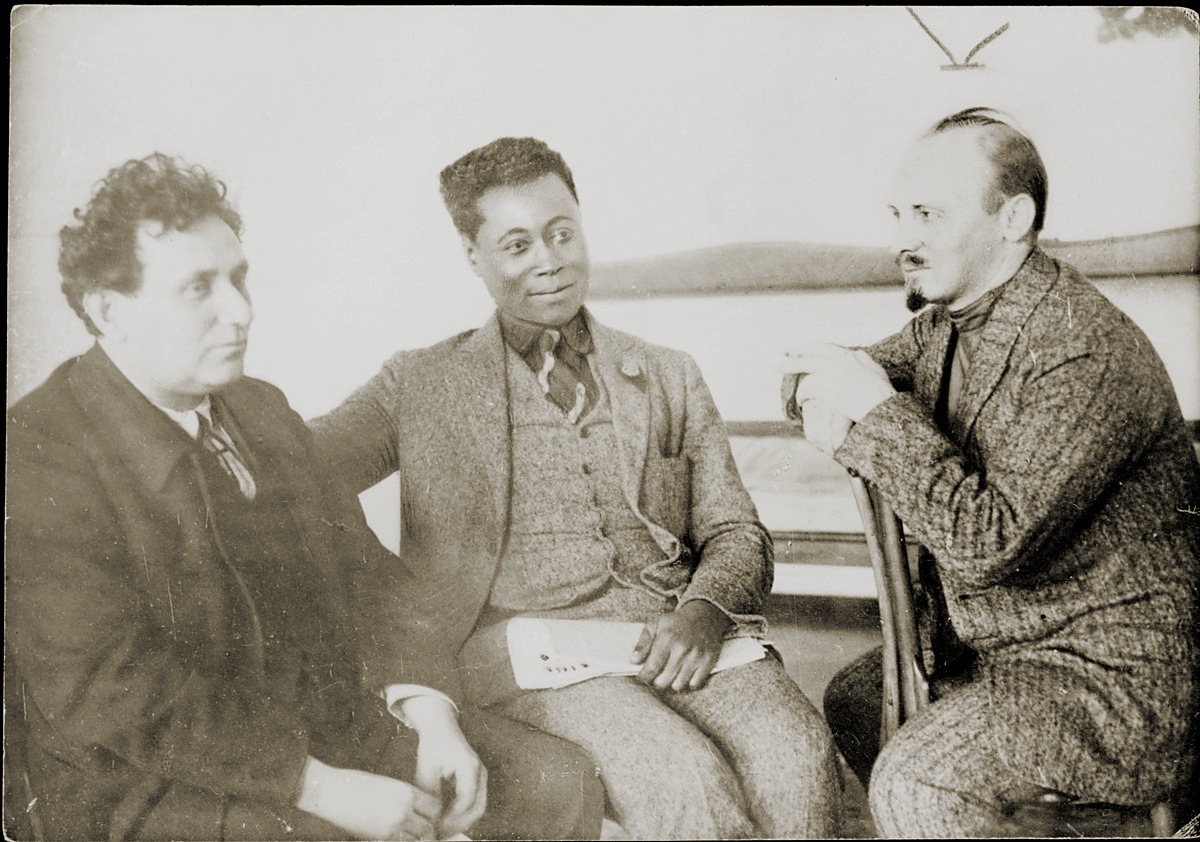 The writer Claude McKay (1889 - 1948) visited Russia in 1922-1923. McKay arrived just in time for the fifth anniversary of the Revolution and spoke as an unofficial representative of the “American Negro” at the Fourth Congress of the Communist International in Moscow.  His warm reception in the Soviet Unioin included introductions to Soviet leaders Grigory Zinoviev and Nikolai Bukharin as well as the poet Vladimir Mayakovsky and other prominent figures in the arts. McKay wrote about his Soviet experiences in an essay entitled Soviet Russia and the Negro published in The Crisis magazine in December 1923 and January 1924. 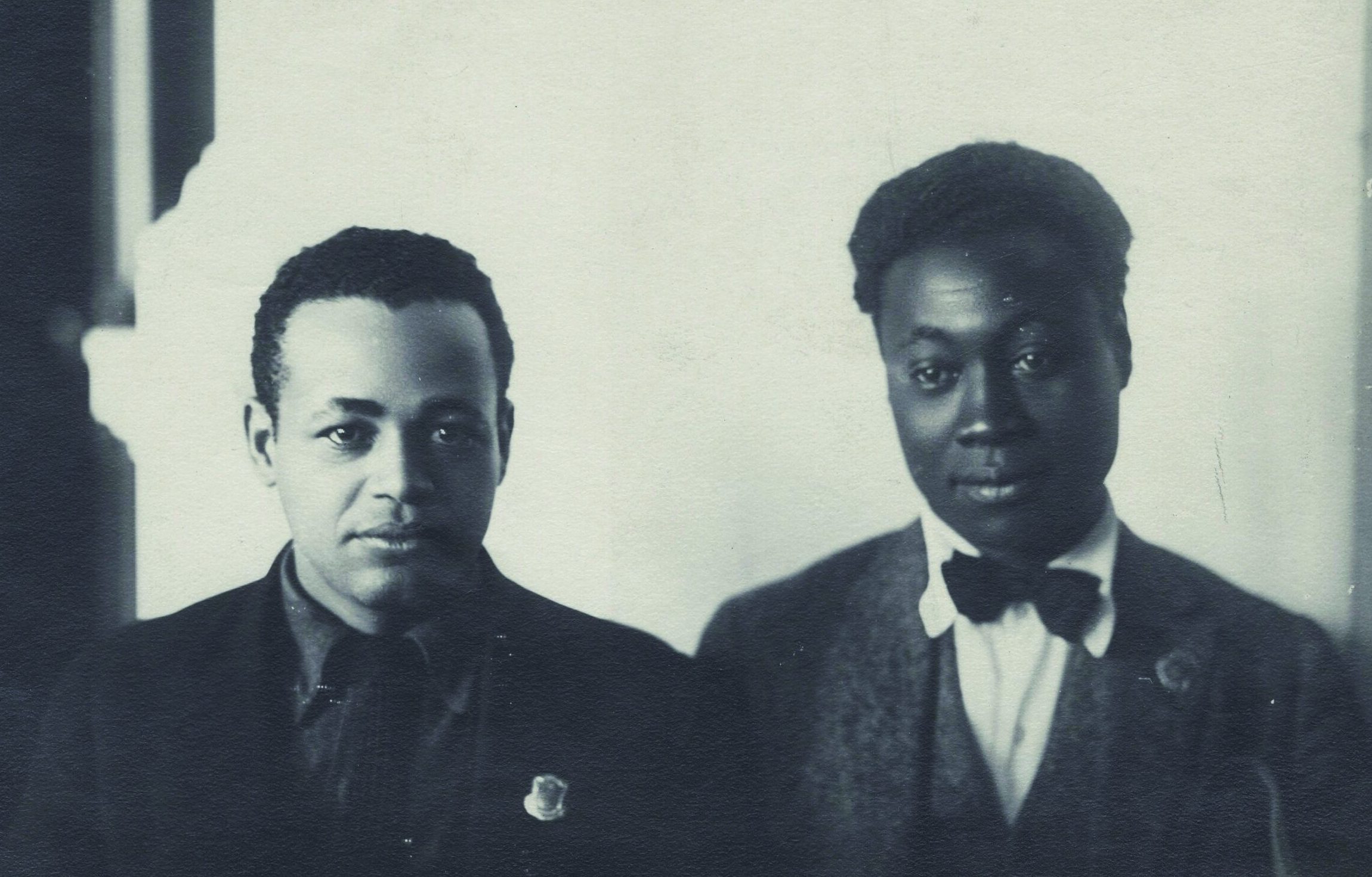 The African American, Otto E. Huiswoud (1893 - 1961) visited the Soviet Union as a member of the American delegation for the same Congress. Son of a former slave, Huiswoud is regarded as the first black member of the American communist movement. Both McKay and Huiswoud were elected honorary members of the Moscow City Council. Huiswoud also had a rare audience with Lenin, who was already mortally ill. A few years later, Huiswood returned to the Soviet Union as a student in the Lenin School, an elite institute for political training.

Homer Smith (1909? - 1972) was invited to serve as  a consultant to the Moscow Post Office in 1932 after graduating from the University of Minnesota with a degree in journalism.  At the same time, he served as Soviet correspondent for a number of African American newspapers, writing under the pen name Chatwood Hall. He left the Soviet Union only after World War II, during which he was the only black correspondent on the Eastern front. In 1946, he accepted a position in the Ethiopian state news agency.  After 15 years in Ethiopia, Smith, his Russian wife and their two children settled in Chicago. In 1964 he published an autobiography Black Man in Red Russia.

Langston Hughes (1902 - 1967), a leader of the Harlem Renaissance, arrived in Leningrad in June, 1932 as one of 22 African-Americans invited to act in Black and White, a Soviet propaganda film about American race relations and labor disputes. The trip was organized by  Louise Thompson Patterson (1901 - 1999), an African-American activist who helped found the Harlem branch of the Friends of the Soviet Union, an initiative of the Communist International. Although the film project was canceled, the group received celebrity treatment in the Soviet Union, and leading Soviet director Sergei Eisenstein welcomed them to his home. A few members of the group returned to the United States in September, while others decided to stay longer. Thompson and Hughes were in a group that went on a tour of Central Asia; Hughes wrote about their experiences in the books A Negro Looks at Soviet Central Asia (1934) and I Wonder as I Wander : an Autobiographical Journey, originally published in 1956 and subsequently running into several editions. Thompson returned to the Soviet Union in 1962 as a delegate to the World Peace Conference in Moscow (Всемирный конгресс за всеобщее разоружение и мир). Read about Louise Thompson in the recently published biography Louise Thompson Patterson : a life of struggle for justice by Keith Gilyard.

When the Harlem Renaissance Went to Communist Moscow by Jennifer Wilson 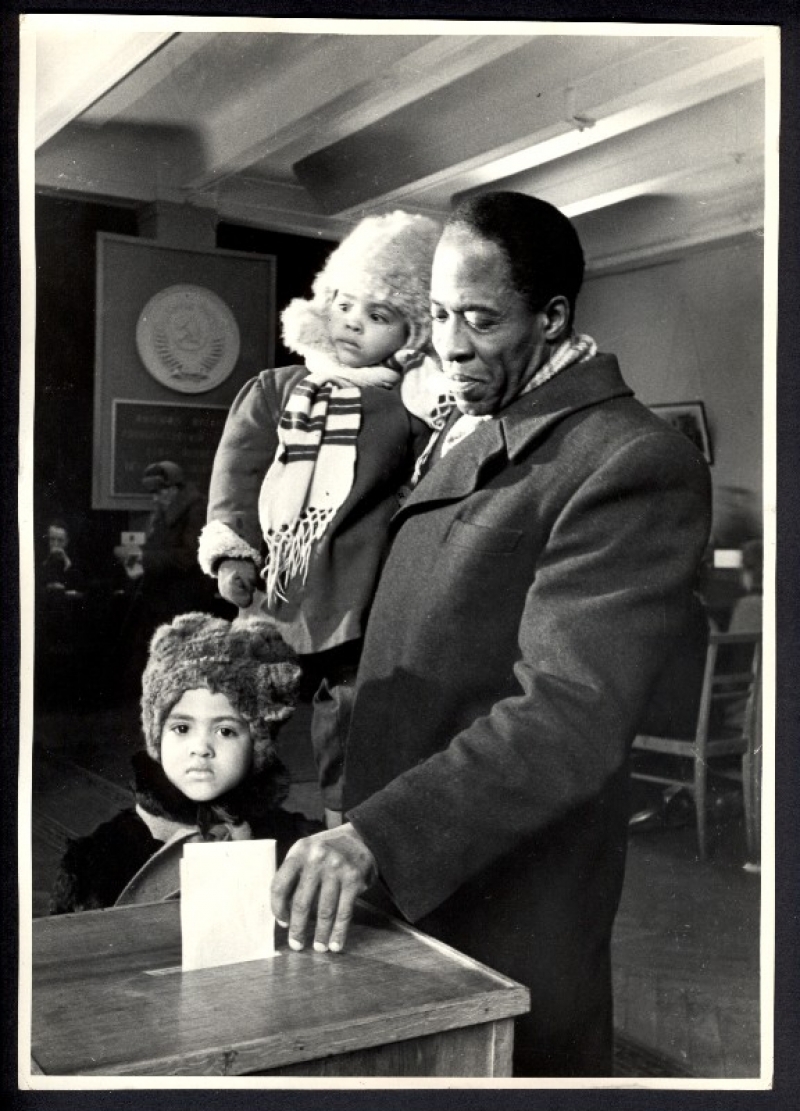 A black American actor Wayland Rudd (1900-1952) had first come to the Soviet Union in 1932 with the "Black and white" cast. A few years later he decided to return and stay permanently. Rudd became a Soviet citizen, graduated from the prestigious Theatrical Art Institute in Moscow, and had a successful stage career at both Meyerhold's theater and the Stanislavsky Drama and Opera Theater. He married a Russian woman and had two children, one of whom, Wayland Rudd Jr., became a jazz-singer. 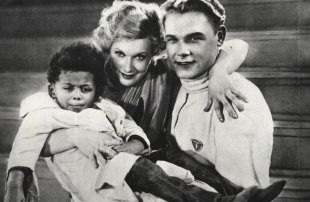 Lloyd Patterson (1911-1942) was also a member of the "Black and White" group who decided to stay in the Soviet Union. After Meyerhold's theater closed, he became a journalist for Radio Moscow. During World War II he assisted in English language broadcasts from the Soviet capital. Before the war ended, he died as a result of serious wounds suffered during the bombardment of Moscow in 1942. His oldest son, James Lloydovich Patterson (b. 1933), became the most famous black baby in the Soviet Union after appearing in the Soviet film Circus (1936), where, parallel to his own life, he played the role of the dark-skinned child of an interracial couple. Jim later became a naval officer and a poet with several books of verse to his name. In the 1990s he and his mother emigrated to the United States. 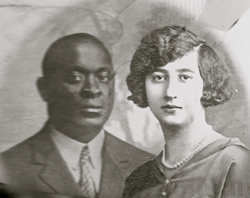 In 1931 a group of 16 African American agricultural specialists traveled to Uzbekistan to work at an experimental cotton farm to improve cotton production under the leadership of John Oliver Golden (18?? - 1940), an agronomist from Mississippi. Golden has studies under renowned African-American agricultural scientist and inventor George Washington Carver, who helped select the Soviet-bound team of agronomists. Most of them left after a few months, but two - Golden and George Tynes – stayed on. Tynes also became a Soviet citizen, married a Russian woman and had three children. Golden brought along his second wife Bertha Bialek, who was of Polish Jewish origin. Later Golden became an instructor at the Tashkent Institute of Mechanization of Agriculture and was elected to the Tashkent Soviet. Their daughter Lily Golden (1934-2010) graduated from Moscow State University, worked in the Institute of African Studies, where she eventually became director. She published two books: Africans in Russia and My Long Journey Home. 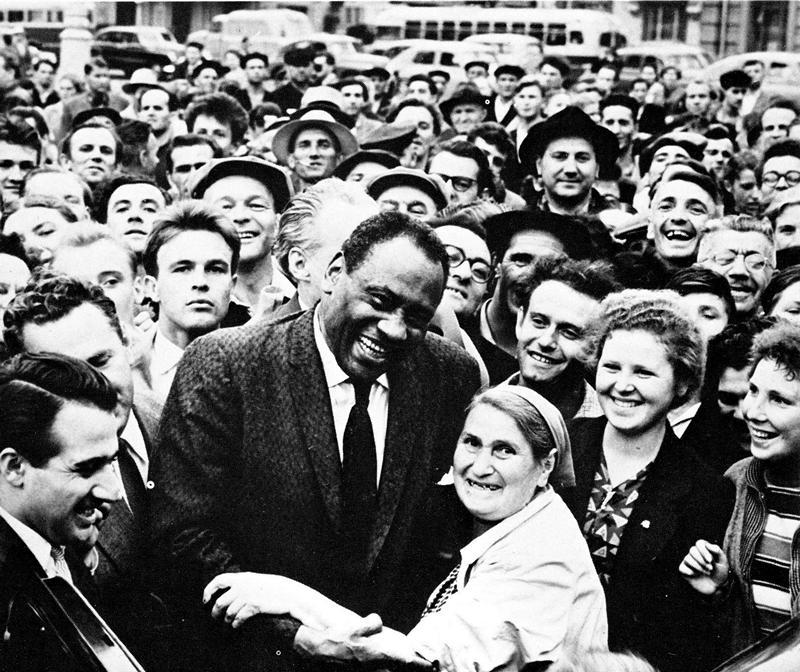 The famous American bass baritone singer, actor, and advocate for civil rights Paul Robeson (1898-1976) visited the Soviet Union for the first time in 1934 at the invitation of Sergei Eisenstein. He never lived in Russia, but became immensely popular there and made a great impact on Soviet society. In 1952 he was awarded the Stalin Peace Prize and a few years later he became an honorary professor at the Moscow State conservatory. The Cake Pol' Robson, as well as varieties of lilac and tomatoes are named in his honor in Russia. 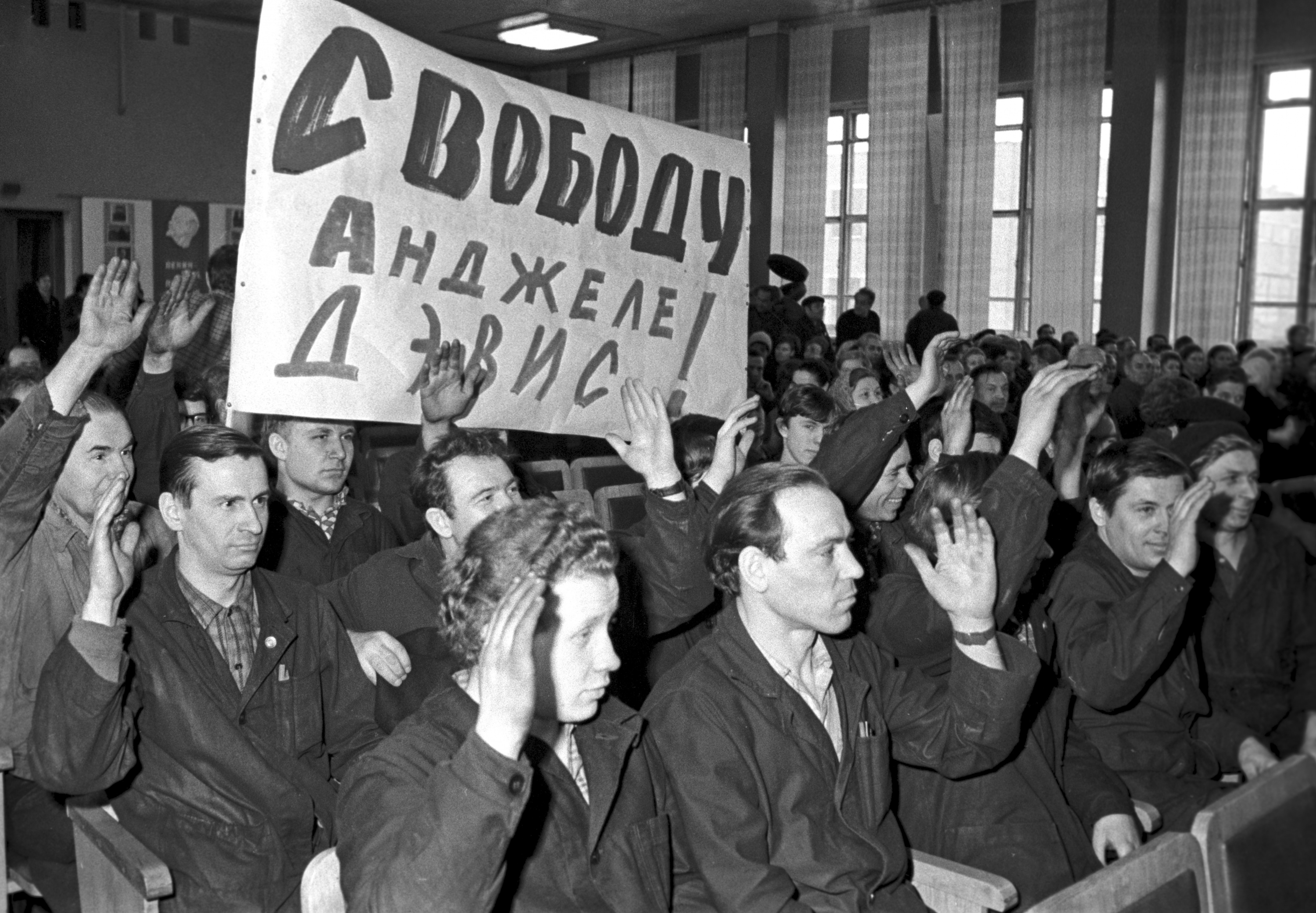 After the arrest of African American political activist, academic, and author Angela Davis (1944-present) in 1970, the Soviet government launched huge campaign in her support, as a result of which she became something of a folk hero in the Soviet Union. At the invitation of the Central Committee of the Soviet Communist Party, Davis visited the USSR in 1972 and received an honorary doctorate from Moscow State University. A year later Molodaia Gvardiia publisher released a book Анджела в Советском Союзе [Angela in the Soviet Union]. In 1978 the Russian translation of her autobiography was published in Moscow with a printing of 500,000 copies. In 1979 Davis was awarded the Lenin Peace Prize.