This guide was created to help researchers and students use library resources to do historical research in cinema. 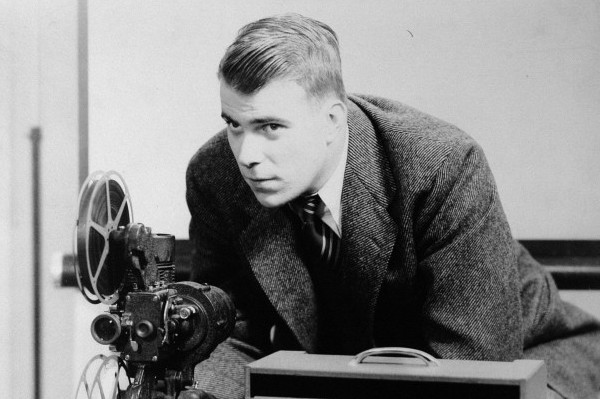 David Bradley. Photo courtesy of Indiana Public Media.
The Lilly Library houses manuscripts of great historical importance to film historians and researchers. The manuscripts include the personal papers of filmmakers, actors, critics, and individual films. A list of finding aids related to film and media can be found here by expanding the subject list and selecting Film, Radio, TV.

The IU Libraries Moving Image Archive is one of the largest academic moving image archives in the United States. The archive specializes in educational films on 16mm and video.
Click here to learn more about current IULMIA projects and collections by reading its blog

The Black Film Center/Archive was established in 1981 as the first archival repository dedicated to collecting, preserving, and making available historically and culturally significant films by and about black people.