Fall semester at IU is all about Democracy! Below are resources to understand what Democracy is really all about, along with how to become more civically engaged. Brought to you by Government Information, Maps & Microform Services (GIMMS).

This guide brings together a comprehensive list of GIMMS resources regarding democracy and civic engagement.

For further information, or to request a consultation or IU Libraries instruction session, please contact us at libgimms@indiana.edu. 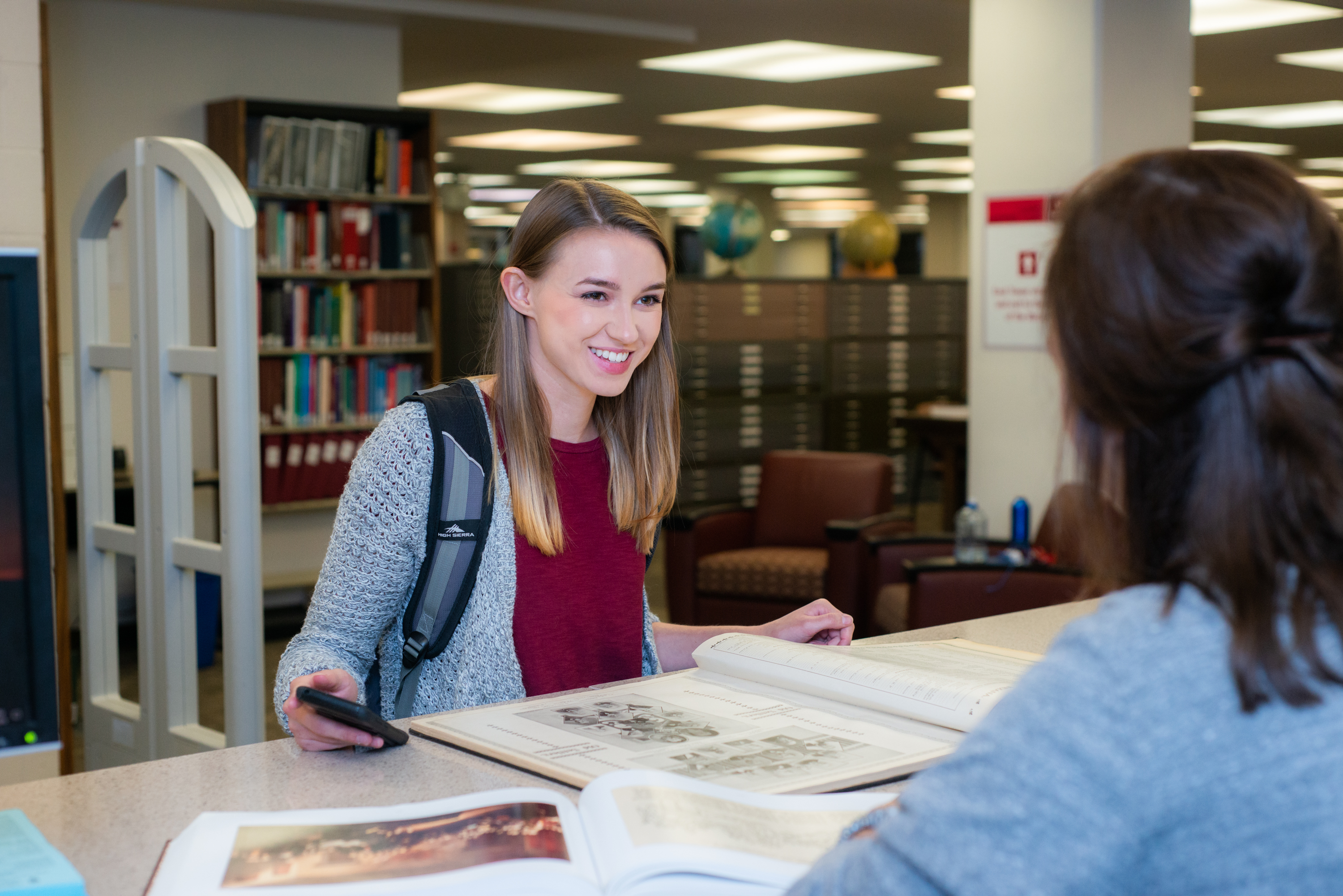 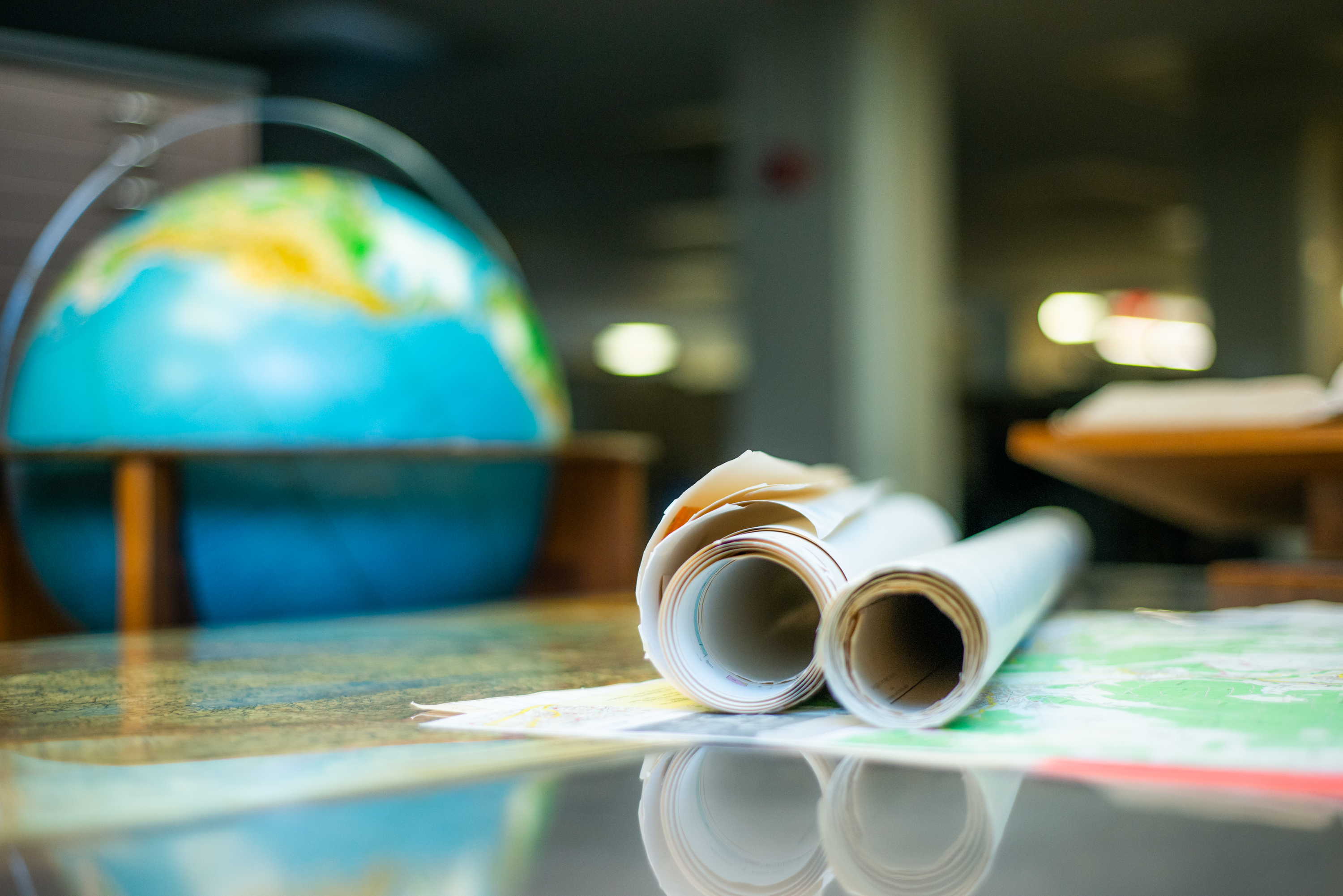 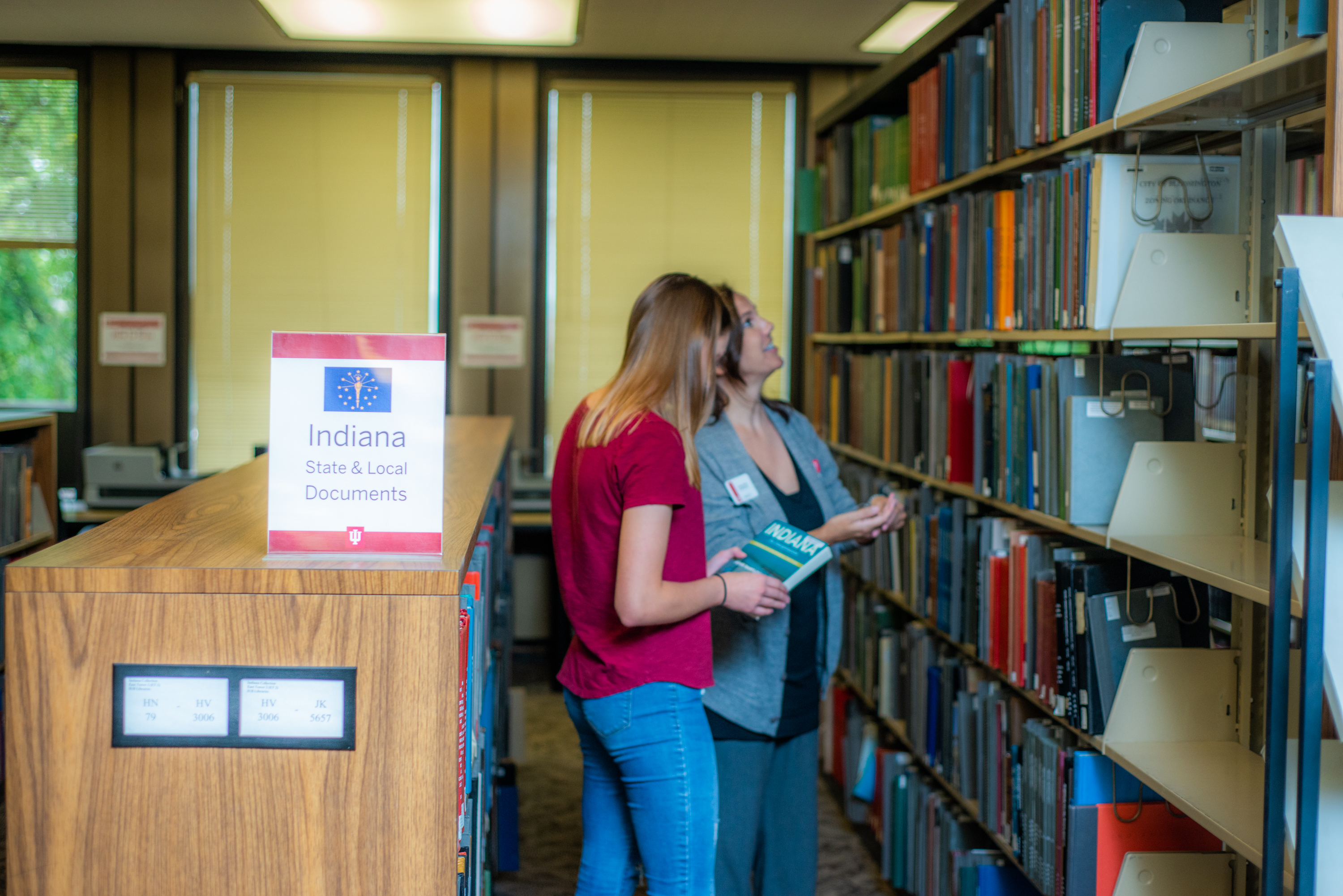 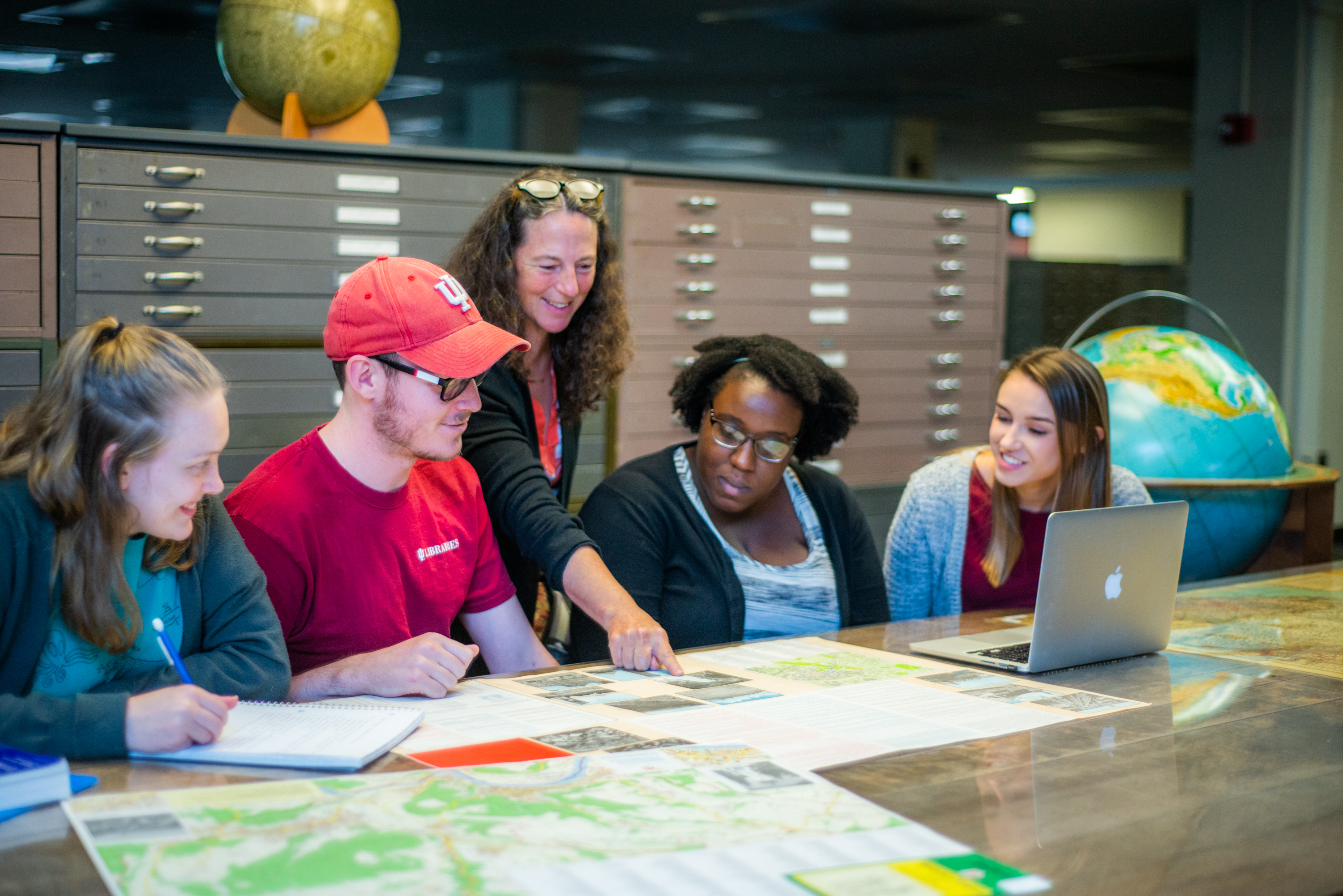 In the U.S., democracy is more than just elections. Find out how to participate in all levels of government.

How do I Vote?

Maps and geographical information are important to American democracy. We divide the nation into smaller areas, usually based on population figures derived from the Decennial Census. It's a simple idea, but it gets complicated in the execution.

When thinking about election maps, especially showing results from US Presidential elections, we most commonly think of a map showing states colored either red or blue... something like this: 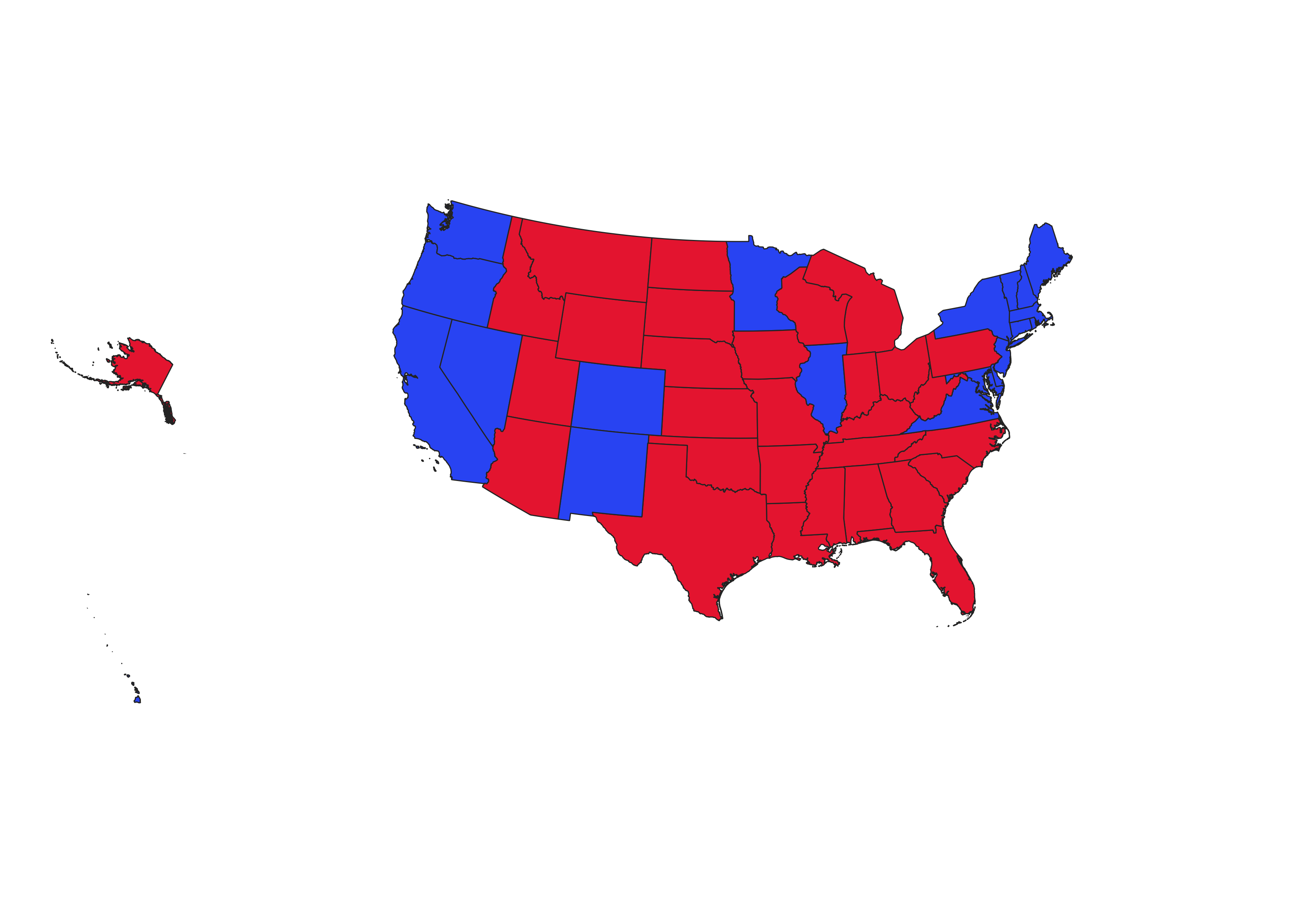 The problem with choropleth, or shaded area maps like these is that while technically accurate, they do not show the full picture of population, and therefore votes. In this map, visual weight is based on the size of each state, rather than on the number of votes. This means that large, sparsely populated states like Montana with its 3 electoral votes appear to be more prominent on the map than geographically smaller, but more densely populated states such as Massachusetts, which casts 11 electoral votes.  So if we wanted to know who won the 2016 presidential election, this map isn't very helpful. However, it does reveal geographic voting patterns that can help us see clusters of Democratic-leaning states in New England and on the West Coast. There are some things we could do to improve this map, like adding text about the number of electoral college votes each state casts, but that still requires significant effort on the part of the map reader to parse. A bar chart would be more appropriate for showing the number of electoral votes cast for each candidate.

A popular alternative to a choropleth map, is a cartogram, like this one created by Mark Newman, from the University of Michigan: 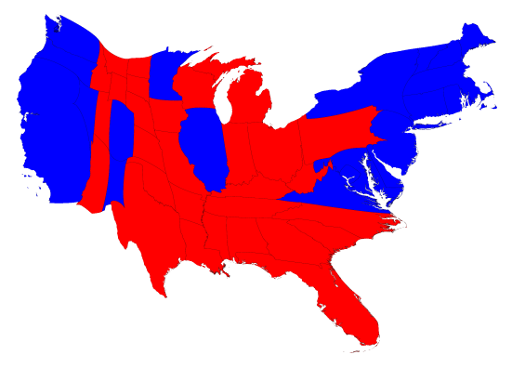 This cartogram weights the size of each state by the number of electoral votes cast. Now we can see that the sparsely populated western states shrink, while the more populated northeast becomes larger. The visual weight of red vs blue is more accurate, but this type of map can be difficult to read if the shape and location of areas is too distorted. However, we maintain the benefit of being able to see geographic voting patterns.

It might not be surprising that these various types of maps appeal to different audiences. President Trump famously hung a choropleth map of 2016 election results in the West Wing, while Democrats may tend to prefer a cartogram or dot density map. While they look completely different, these two maps use the same data, and are technically both "correct"! 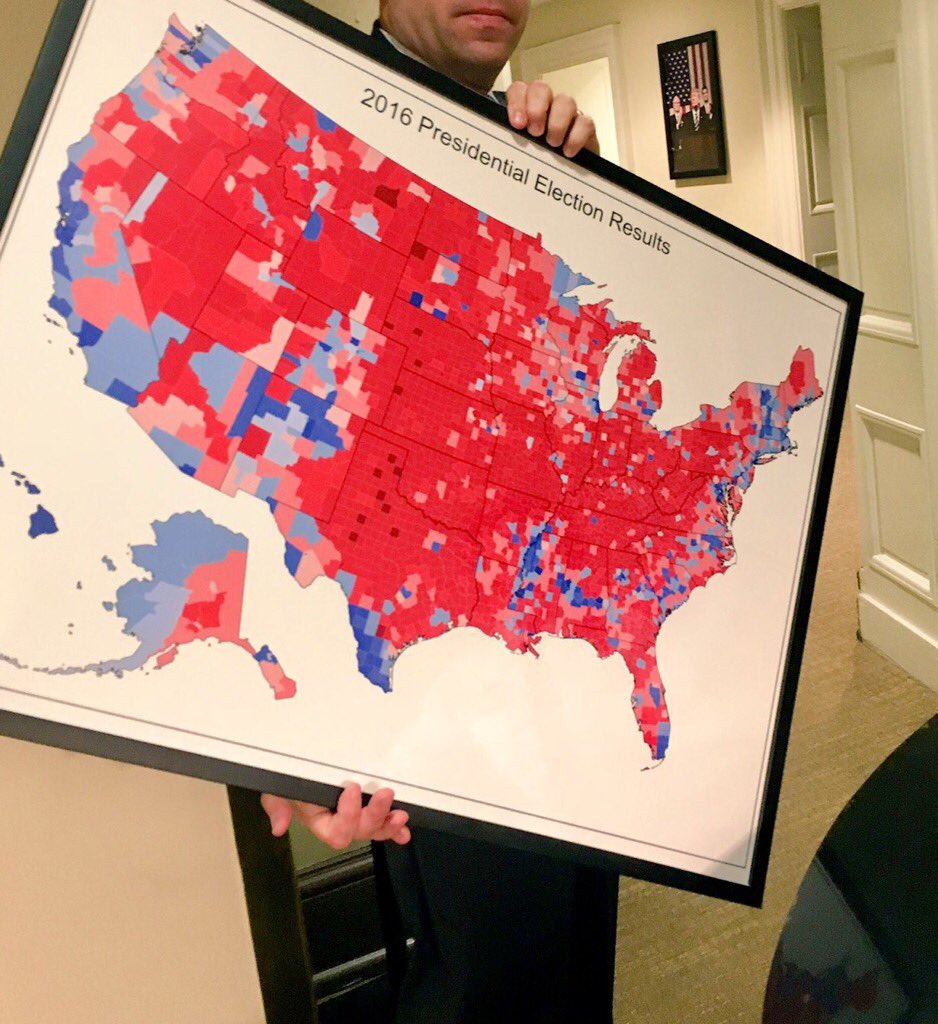 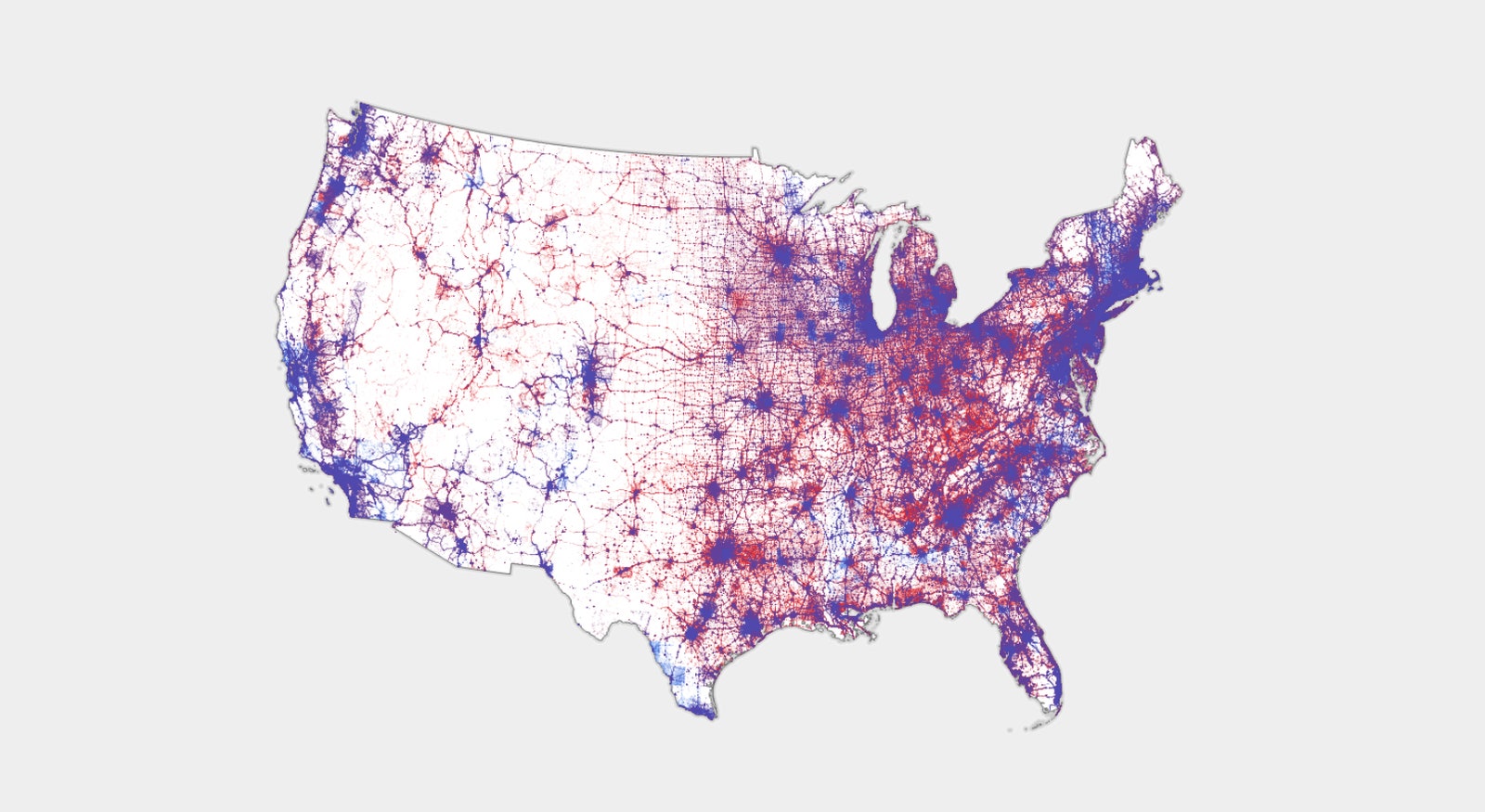 Choropleth map in the West Wing vs. Dot Density map made by Ken Field.

Of course, you should also be on the lookout for blatantly fake maps. One of the easiest ways to spot these is if they don't cite their data source.

See the next tab for articles about different ways to map elections, and the benefits and drawbacks of each.

Many of our materials are available on microform, sometimes only so.  Do not be afraid!  GIMMS equipment views and scans microfilm, microfiche, and microopaques. Images can be scanned in PDF, TIFF, JPEG, PNG and BMP formats and saved to CD, flash drive, or any Internet file storage service. Scans can also be printed like any other document. 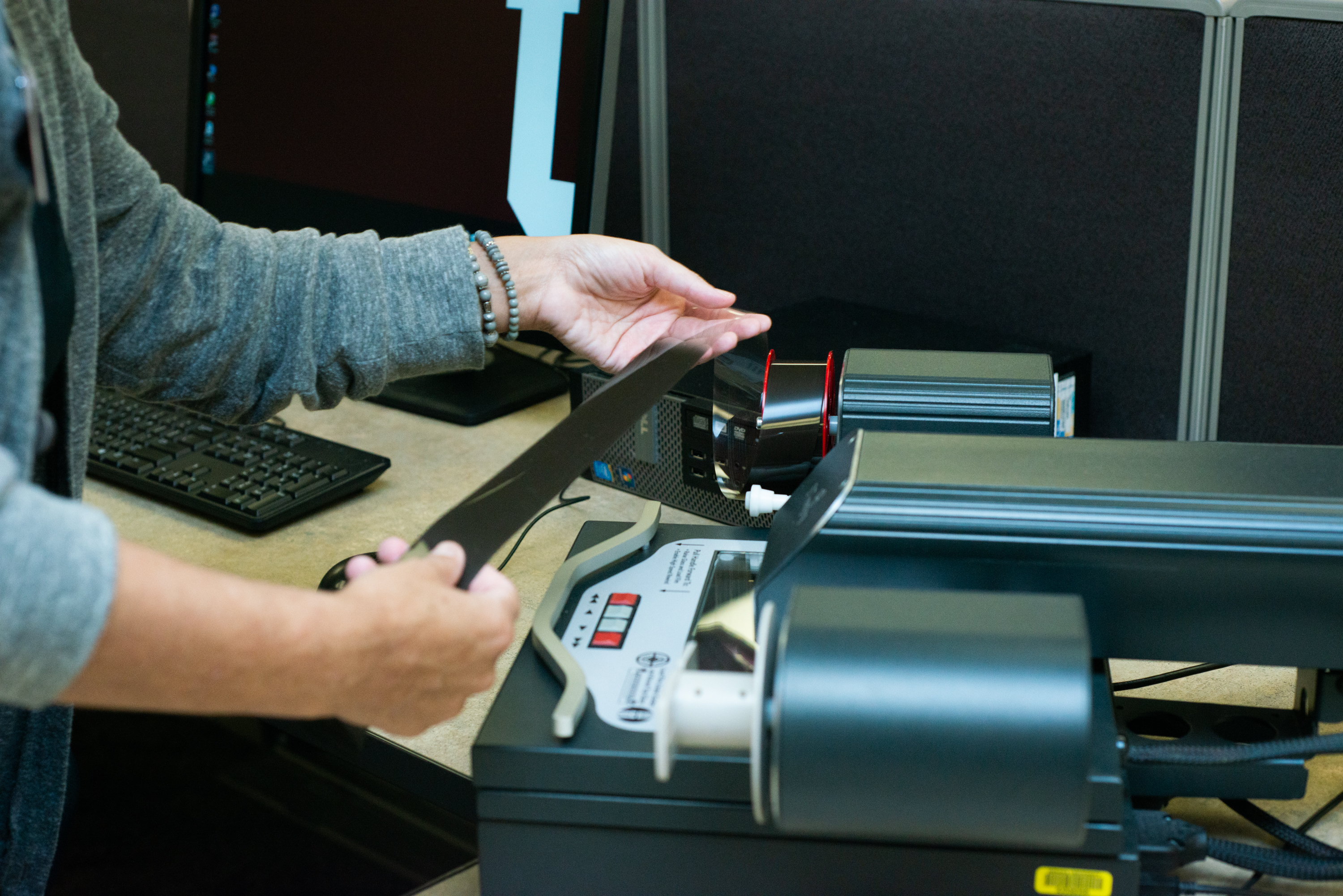 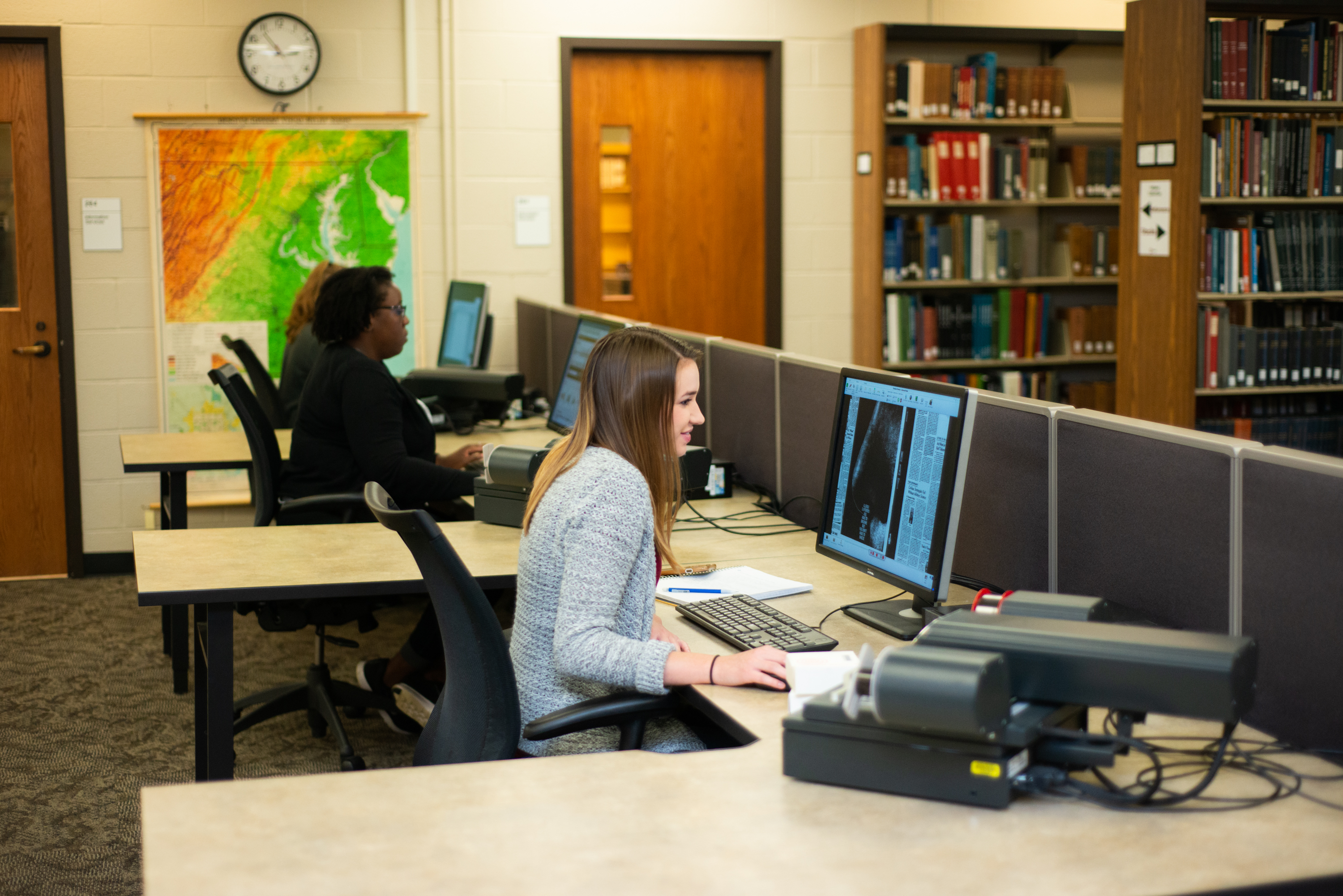 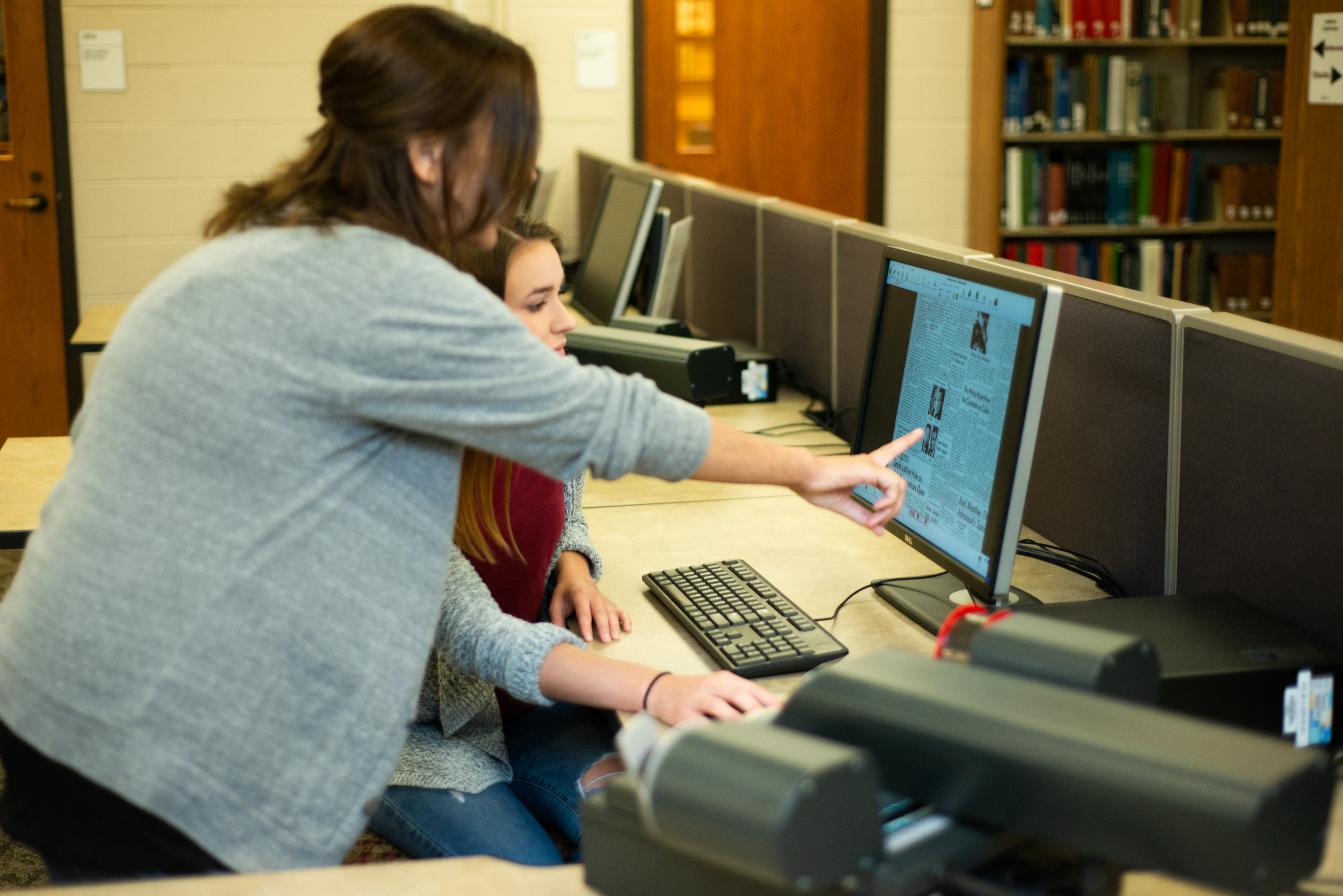 Selections from the Microform Collection

Our microform collections are, for the most part, cataloged, so you shouldn't need to seek them out specifically, but here's a small sampling of the kinds of things you might come across in your search.

Contributed to this guide: