Comprehensive guide to university, governmental and non-profit resources in relation to the upcoming election. Included are resources to aid voters in the civic engagement process and make informed decisions on November 8th 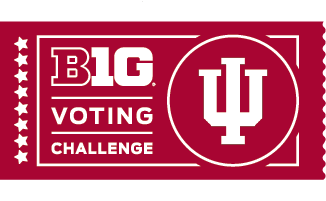 The goal of Indiana University Bloomington's (IUB) Big Ten Voting Challenge is to increase student voter registration, non-partisan education, and voter turnout in November 2022 and beyond.

Drop-in hours for those needing assistance navigating the voter registration process and a chance to ask questions on identifying poll locations and hours, mail-in voting processes, and out-of-state voting.